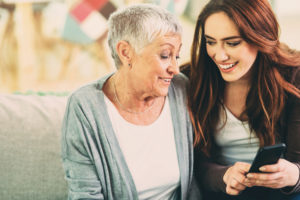 Despite blog articles, media reports, and concerns from older generations, a new study suggests there is no narcissism epidemic among today’s college students. The study, which was published in Psychological Science, found that young people are slightly less narcissistic today than they were in the 1990s. Researchers also found that narcissism has consistently declined among college students.

The study compared data from the Narcissism Personal Inventory (NPI) across generations. The NPI is one of the oldest measures of narcissism, and this tool has been well validated in scientific studies.

The NPI pairs 40 pairs two statements, one of which correlates with more narcissistic tendencies. Higher scores correlate with higher levels of narcissism. The highest possible score is 40. The test also measures specific manifestations of  narcissism, such as vanity and entitlement.

Between the 1990s and 2010s, student narcissism levels declined. Entitlement showed the greatest decline, followed by leadership and vanity.

The average college student now scores between 15-16 on the NPI. This score is slightly lower than in earlier generations.

The average grandparent, according to the study, scores about a 12 on the NPI. This is not because younger generations are more narcissistic than their predecessors. Rather, it is believed to be due to the tendency of narcissism to decline with age.

This suggests older people see young people as more narcissistic than they are and mistakenly remember themselves as being less narcissistic at the same age. The researchers believe not only that there is no current narcissism epidemic, but that there never was.

This has important implications for mental health professionals, who might use this information to avoid making the assumption young people seeking treatment are more entitled or vain than they were in previous generations. Numerous studies have, however, found soaring rates of mental health issues such as depression and anxiety among young people. A 2016 Pediatrics study found between 8.8% and 9.6% of young adults experience major depression each year.