You Never Know ‘Til You Try 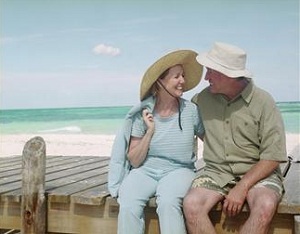 At one extreme among inflexible people is obsessive-compulsive disorder—people who must perform a ritual to be sure something is done “right,” whether it’s checking the locks or the bank balance—but there are gradations all along the way to the other extreme. Those gradations may include people who seem quite normal; they’re pleasant, fun, kind, and friendly—until you cross them. Then watch out.

Inflexible people are not that way because they enjoy being rigid and controlling. If you stop and think about it, the idea that someone is controlling because they enjoy it makes no sense. Who would enjoy antagonizing everyone? Who would enjoy causing others to have a meltdown? Who enjoys the loneliness of being the only one that got it “right”? I don’t think people operate that way. The explanation that makes more sense to me is that so-called controlling people are afraid of the unknown.

They are afraid of what is potentially different, so they try to keep things the way they are used to them being. They set up their lives in a way that makes sense to them and leaves no room for the unknown. Spontaneity? Forget it. Last minute jaunts to the cute little restaurant in that back street? Not happening. We have dinner at 6. Not 6:15, mind you. Changes to the vacation plans? No way. Planes that don’t arrive and don’t leave on time? That’s cause for outbursts at the ticket counter and complaints for the remainder of the trip.

So what happens when these people marry?

They will never find a carbon copy of themselves, and if they did, they’d freak out anyway. So given the recognition that their significant other has got to be different than they are in some ways, it would be best for them to take steps to be more flexible. By the way, the most interesting thing about inflexible people is that although they find change alien and scary, they often admire flexible people, and sometimes their significant other is a bit on the wild side! There’s a reason for this. Somewhere deep inside, they know that being flexible is absolutely necessary for life and that they lack it. So they find it in someone they love. Paradoxically, they can’t live with that person’s flexibility and there is no end to the fighting.

If this is your marriage, take the plunge and work on becoming flexible. That’s what Harold and Linda did. They followed my formula for eating olives.

You see, I never liked olives. I’d say I am a pretty flexible person in general, but that was a bottom line for me: Don’t put olives in my salad. I also didn’t like the taste of olive oil because, obviously, it had that obnoxious olive flavor. Well, I noticed once, that a drop of olive oil in salad dressing kind of blended in and went unnoticed. I kind of let that information settle in the back of my mind somewhere, and then I happened to read an article about omega -3 fatty acids. I have a cholesterol problem, and was taking active steps to get rid of it when I read that article. Wouldn’t you know, they suggested olive oil as a great source of those omega-3s? I was about to have a nice piece of salmon with a baked potato for lunch and the idea hit me that I could put some olive oil on my potato instead of sour cream. How would that taste? Olive-y, I imagined. How olive-y, I wondered. Really, really bad olive-y or just a little olive-y? You get where I’m coming from. I knew it would taste like olives. That was a foregone conclusion. But would it be awful, unmanageable, or just plain olive-y? In other words, I was willing to accept the alien taste if I could remotely handle it. I didn’t say I’d enjoy it. It would not be sour cream. But I was willing to accept something that was different.

I bought the olive oil. I put two drops on my baked potato with a generous sprinkle of salt. I didn’t taste it. I put on another drop. I didn’t notice the weirdness at all. I was looking for something really gross so I was willing to accept something not that bad. I poured on a considerable amount. Then I tasted that olive-y flavor. But at that point, I didn’t care. Yes, it tasted olive-y. But for some reason, it wasn’t bad any more. I thought of my cholesterol going down and it made me quite pleased with myself. I rather liked it. The thought of sour cream, on the other hand, made me see my arteries clog. Ugh.

So, the essence of becoming flexible is

Harold and Linda took this to heart. Both of them were kind of rigid people. They’d learned years ago that if they got all their ducks neatly in a row, things would go better for them than if they gave in to the chaos in their homes. The problem was that when they married each other, Harold’s ducks did not line up the way Linda’s did.

For example, in the debate surrounding spending time doing something to save money, Harold favored saving the money and Linda favored saving the time. They both had logical reasons for their respective positions, so in any discussion, they were doomed to go round and round with no end. Each of them practiced the above steps to becoming flexible, and they decided to take turns doing things the other person’s way from time to time.

Several months later when they were asked what part of this process stood out for them, both Linda and Harold admitted that step 1 was more true than they ever could have realized—becoming flexible was not at all as scary as they had imagined.

What outsiders noticed was that neither Harold nor Linda seemed controlling any more.

Related articles:
Are You Controlling?
Meditation and the Flexible Mind