Women, Caregiving Roles, and the Body: What About Her Needs? 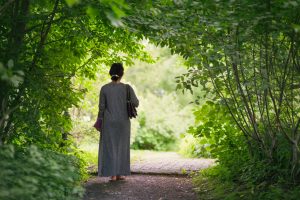 Women across cultures have often been socialized into the role of caregiver, influencing the degree to which they take care of themselves. Women are biologically designed to be able to nurture an unborn child and breastfeed a newborn, but this goes beyond biology. Historically, women have been charged with the care of children, the elderly, the infirm, and the vulnerable. Caregiving roles for women have been modeled over time and reinforced with praise. Yet, the role is not often rewarded, as caregiving work typically thought of as “women’s work” is often underpaid and undervalued.

In modern times and in developed parts of the world, women have more freedoms and options to choose their roles. However, the overt and subtle messages that mold girls into caregiving roles persist. Females are still much more likely to be responsible for taking care of others. Girls are commended for being nice, kind, helpful, and putting the needs of others first, while boys are often praised for more self-serving priorities. To make matters more stressful for women, many tend to internalize blame for anything that goes wrong and externalize when things go well. Meanwhile, men tend to attribute positive outcomes to internal factors and negative outcomes to external sources. This is well documented in the literature on locus of control. Messages based on these gender roles can impact women’s well-being, as they sometimes struggle to be assertive when it comes to self-care and often suffer in silence in their caregiving obligations.

Gendered roles impact a woman’s relationship to her body and food and account for some of the reasons women disproportionately experience disordered eating and body image issues. It is not just because women’s bodies are objectified. Many women experience some form of love-hate relationship with their body, and many times poorly regulated eating doesn’t meet the criteria for an eating disorder but still robs a woman of a healthier relationship with herself. One can hardly get through a day without hearing a woman make negative remarks about what she believes to be a failure to control her appetite or body. Talk of resistance, restriction (diets) or indulgence (binging), and guilt are everywhere in the media, social media, and in personal conversations.

If you are a woman, it is considered normal for you to talk about trying to control your eating or your body in terms of control/success versus loss of control/failure. These ideas further get tied to women’s self-worth. Trust in the body doesn’t exist. Authority on what and when to eat is externalized. A guru, a trainer, a nutritionist, the latest diet trend—anything can be an authority on a woman’s body, but her own needs and signals are often denied, controlled, diverted, disowned.

The conflict about gendered roles of taking care of others can lead to discomfort when it comes to the concept of needing, particularly when the need is to be nurtured. Many women are great at supporting others but have somehow become intolerant of their own needs. Not needing has become associated with being a “strong woman.”

The conflict about gendered roles of taking care of others can lead to discomfort when it comes to the concept of needing, particularly when the need is to be nurtured. Many women are great at supporting others but have somehow become intolerant of their own needs. Not needing has become associated with being a “strong woman.”

Feelings that make women feel vulnerable or to need others can lead to confusion, anxiety, and shame. Those feelings are thus not well tolerated and compulsive tactics to avoid them are engaged in. Women may distract themselves from these feelings by focusing, most often negatively, on controlling the body or appetite (or overindulging) in order to feel nurtured when it may be an emotional need that isn’t being addressed or met.

It makes sense. Food is nurturance. Again, there is little trust or value in the self to regulate. This perpetuates a sense of inadequacy with regard to self-“control” because nobody can really control their body, not in any sustainable way. Thoughts can be controlled or attention diverted away from them, but emotions tend to need to be validated and heard. Hence, distracting the self from emotional needs is not sustainable, either.

Improving Women’s Relationship with Their Body

How do women heal their relationship with the body? Women need to move forward from the idea they are “strong” when they restrict or hide their needs. Admitting and cherishing vulnerability and a full range of emotion is commendable and in line with feminism, empowerment, and interdependence—and, hence, healthy relationships. This is also in line with the emotional intelligence literature which supports the idea wellness comes from identification and expression of a full range of core emotions. Being “strong” doesn’t need to be associated with externalized thinking and lack of needs or self-care, nor with the idea one doesn’t have any “negative” emotions.

Caregiving doesn’t need to be devalued because it’s traditionally women’s work, but self-care needs to be included in the concept of caregiving. This is not an easy thing to manage. The way a person relates to their body and emotions often has deep roots in family of origin as well as experience of gender.

A good therapist who understands how to help a person normalize as well as regulate emotions can be priceless. Bonus if the therapist understands gender roles related to nurturing and caregiving. Seek a therapist in your area if you need help with this issue.