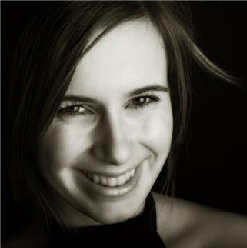 Autoimmune disease occurs when the body’s immune system becomes misdirected and attacks its own organs rather than just invading organisms. The reason that women are more susceptible is unclear, but several theories have been proposed. Women typically have a stronger immune system, which may increase their risk of an increased inflammatory response. Sex hormones also have been implicated, since symptom flare-ups are often affected by a woman’s menstrual cycle, the use of oral contraceptives, or pregnancy. Genetic differences are also under investigation. Some examples of autoimmune diseases that disproportionately affect women include lupus, Hashimoto’s thyroiditis, Sjogren’s syndrome, and rheumatoid arthritis.

Prevalence alone is not the only reason women need to be aware of these conditions. Women often face difficulty acquiring an initial diagnosis. Symptoms may be vague and intermittent at first and are frequently hard to describe. Sometimes physicians fail to consider autoimmunity when facing a woman who looks healthy and whose symptoms are hard to evaluate. Women may be sent home without a diagnosis or treatment plan and, worse yet, may be dismissed as a nuisance. In fact, a 2001 survey by the Autoimmune Diseases Association found that 45% of patients had been labeled as chronic complainers during the onset of their illness.

When confronted with the challenge of an autoimmune disease, it is critical to advocate for your needs. Obtaining support from family and friends is essential, but so is gathering information and asserting your concerns to your health-care providers. If you are not satisfied with your care, fail to receive adequate treatment, or are treated disrespectfully, it may be time to seek another opinion. Since autoimmune diseases are often misunderstood by the public, you may need to educate family, friends, and coworkers about the illness and how it is affecting you. As with any chronic illness, if you experience anxiety or depression associated with trying to manage its impact on you, it may be helpful to seek counseling from a mental health professional.

Women and Chronic Pain: Getting the Help You Need