Why We Worry: A Double-Edged Sword 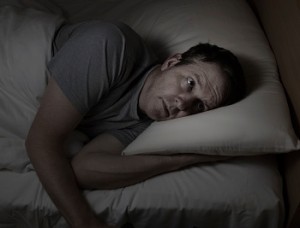 The other day, I had an initial session with a person referred to my clinic for the treatment of her chronic worry. She spent the first 15 minutes reporting that she worries all day, every day, and her worrisome thoughts are spiraling out of control. She also stated that she sleeps around two hours each night and has frequent stomach upset, headaches, fatigue, and is experiencing difficulties with her relationships at work and home. She gave me several reasons why worry is ruining her life.

People who worry excessively fully understand the negative consequences associated with worry. They are the first to admit that worrying is a full-time job. (As if one job is not enough!) The problem is, these individuals also typically endorse strongly held beliefs concerning the benefits associated with worrying, which is what makes this process a double-edged sword.

You might wonder why those who spend countless hours worrying each day continue this process day after day, understanding the negative impact it is having on their lives. The answer becomes more apparent when those who worry are asked, “What positive function does worrying serve for you? What is the payoff for worrying so much each day?” The answer I hear repeatedly consistently involves two themes: (1) “worrying works,” and, (2) “worrying is the responsible thing to do.”

Let’s take a brief look at both of these beliefs regarding the benefits of worrying.

Those who engage in chronic worry not only hold a set of beliefs concerning the negative consequences that worry produces (loss of sleep, chronic headaches, stomach upset, relationship problems, etc.), they also endorse strongly held beliefs regarding the benefits of worrying. The problem is, these positive beliefs concerning the worry process greatly outweigh negative beliefs regarding the function of worrying. Indeed, those who worry excessively would equate worrying with:

Saying to a worrier, “Don’t worry about it,” which is the most common advice friends and family tend to offer, is interpreted by the worrier as being synonymous with letting his or her guard down and being irresponsible. What happens when one lets his or her guard down? He/she feels vulnerable, which leads to overestimating threat, followed by anxious arousal, which ultimately culminates in the display of various reassurance-seeking behaviors in an attempt to alleviate anxiety.

Rather than give advice such as, “Don’t worry about it,” I recommend that you help those you know (or yourself) shift the manner in which worrisome thoughts are interpreted. In terms of challenging the belief that worrying prevents negative outcomes, the next time this thought is triggered, remember to counter this belief by asking yourself the following questions: “Have there been times in the past when I’ve effectively dealt with an unexpected life crisis without worrying about it before it occurred? Have bad events happened in my life, even though I worried about them ahead of time?”

With respect to the belief that worrying equates to being a responsible person, what if you challenged that belief by asking yourself, “Do I have friends who I consider to be responsible individuals, and do I view them as people who worry as much as I do? Would they describe themselves as chronic worriers?”

If the answer to these questions is no, you may need to reconsider what characteristics define a responsible person in your eyes. You may also need to decide if the formula “worry = responsible personality” only applies to you.

Additional beliefs that play a role in maintaining chronic worry include:

The worry process truly is a double-edged sword, a love/hate relationship. Let go of the hate and embrace the love. Perhaps in a future article I’ll discuss in more detail how the beliefs mentioned above serve to further maintain chronic worry, as well as specific methods for modifying these thought patterns. Alternatively, maybe I will never get around to writing such an article. At any rate, don’t worry about it … or will you?