Kids and Drugs: How Brain Development and Mental State Matter 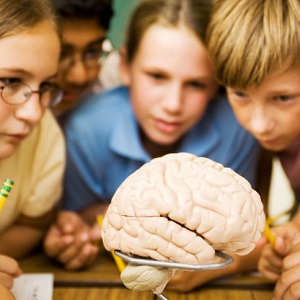 I work with two very different teenagers who use drugs. The first we’ll call Brittany, a 17-year-old girl whose parents are divorced but who both are kind and available to her. She gets good grades, hopes to become a marine biologist, and smokes weed with friends on the weekends. The second we’ll call Brett, a 16-year-old boy whose now-estranged father had been physically abusive to him and to his mother when Brett was small. His mother sees her husband in the boy, and treats him erratically, sometimes with love, sometimes with harsh criticism. Brett smokes weed every day, sometimes first thing in the morning and has begun to experiment with ecstasy and cocaine. On April 20 (4/20), he wrote a poem to “bud.” He identifies himself as a stoner and hangs out with a group of equally dispossessed children.

How did these two kids end up on different ends of the addiction continuum?

Puberty initiates a drastic “pruning” of neural connections, a “use-it-or-lose-it” process known as competitive elimination that results in an extensive remodeling of the brain. The remaining, streamlined neural connections develop a fatty coating during adolescence that insulates them and maximizes speed of transmission. All this translates to tremendous and very sudden advances in cognitive power. But it is a little like putting a first-time driver behind a Ferrari Enzo. For a time the brain jolts and swerves with ideas and associations.

During this same period, the brain’s reward system, mediated by dopamine production in the nucleus acumbens, becomes increasingly sensitive to positive rewards—far more so than the brains of adults—while remaining relatively insensitive to negative consequences. In short, teenagers are motivated to explore and seek novelty, even in the face of uncertainty or harm. They adore ecstatic highs and remain indifferent to “small punishers” such as hangovers.

To top it off, the prefrontal cortex remains under construction until one’s early 20s. This area is associated with functions that allow one to imagine the future consequences of actions, gauge their emotional significance, and inhibit behavior around them. Teenagers and people with damage to the prefrontal cortex tend to make decisions based less on prospective scenarios than on immediate urges.

All this makes sense from an evolutionary perspective. From the Pleistocene era until fairly recently, adolescence was a time of separation from the family, fraught with great risk. One needed to take chances, explore, and focus on immediate survival rather than on long-term planning. However, in our more stable, but more highly processed culture, the combination of new, raw mental abilities, a sudden reward-based desire to seek and explore, coupled with childlike difficulties modeling the future makes adolescence a period of great risk for drug use and addiction. This is borne out by the numbers. More than 70% of high school seniors have experimented with drugs, and adolescents have a higher incidence of alcoholism than any other age group.

But not all teenagers use drugs, and of those who do, most merely “experiment” and do not become addicted. So what makes the difference between Brittany and Brett?

So far we have considered the brain in isolation, as a species template concerned with organismic survival. The mind is a higher order entity that emerges from a particular brain in interaction with the world and others and expresses itself in joys and fears and hopes and ideas and likes and dislikes and prejudices and all the immaterial stuff of being human that is more real to us, although less definable than a neuron or an amygdala. A child or adolescent who feels his mind to be in connection to the mind of at least one adult who cares about him, an adult who considers his feelings as well as his future, may well be protected from the deficiencies of his developing brain.

By telling stories to someone who cares and can help elaborate the happenings of life, a teenager learns to consider the wider, ever-expanding social context of emotions and actions and begins to put together scenarios that project forward in time as well. Such a teenager, even in a moment of temptation, feels the caring, internal pull of a mature mental presence. He or she may still have trouble generating models of the future when making a decision, but he or she retains faith in the future through trust in the loving adults who symbolize it. This is probably the situation with Brittany, who experiences guilt around using pot and is able to curb her use so it does not interfere greatly with her school work.

Brett is an opposite case. The important adults in his life abused him, neglected him or failed to connect to him, and he was left to the devices of his own undeveloped brain. For Brett it makes sense to consider the brain in isolation, for it feels to be in isolation. Like many children who suffer abuse at the hands of their parents, Brett believes himself to be not only unloved but unlovable, an expectation he carries with him to relationships with peers. He seeks physical solutions to his needs and urges, as he cannot dare to trust the minds of others. Drug use emerges from his isolation and also offers itself as a solution to it. Brett smokes weed constantly, not only because smoking eases his pain, not only because his immature, isolated brain is biased toward intense rewards and cares little about the consequences, but because smoking with fellow outcasts produces the instant artificial bond of a shared euphoric state.