Why Are Doctors at Higher Risk of Suicide? 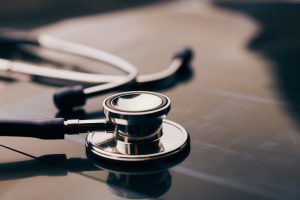 Those familiar with research on depression and suicide have stumbled across a curious and disturbing pattern, one that many medical professionals have been aware of for more than a decade: The rate of suicide among physicians is higher than among the general population. What accounts for this, and what can be done about it?

More than 800,000 people die by suicide every year. The rate of suicide in the United States is about 13 people per 100,000, according to the World Health Organization. The numbers are even more alarming for physicians. Data collected by suicide researcher Keith Hawton shows that doctors commit suicide at a rate that is 1.5 to three times higher for men and three to five times higher for women.

To make sense of this, we need a better understanding of suicide itself.

What leads to death by suicide?

In 2005, psychologist Thomas Joiner published the interpersonal-psychological theory of why people die by suicide in an attempt to answer that very question. To summarize this theory, suicide occurs when two criteria are met: the desire for death and the capability to enact lethal self-injury. This means the desire for death and the ability to carry out lethal self-injury are both acquired and required, simultaneously, in order for a suicide death to occur.

Going deeper, the desire for death and the capability of lethal self-injury are facilitated by three core components: thwarted belongingness, perceived burdensomeness, and impulsivity/habituation. (Pay attention to that latter component; it’s going to play a big part later on.) Joiner’s theory holds that only when levels of all three components are high is suicide possible.

Doctors, as a part of their work, are inherently high on the impulsivity/habituation scale. They not only come into contact with individuals with significant injuries, they are near when families are frightened, grieving, and wanting answers, and often literally hold a person’s life in their hands.

Impulsivity/habituation contributes to the capacity to attempt and die of suicide. While any number of people who die of suicide each year is too many, the vast majority of individuals who think about and consider suicide do not die of suicide. (If you have 240 friends on Facebook, statistically, about 15 have considered suicide at some point, according to the American Association of Suicidology.) Why is this? Well, although these people may be in immense pain and may desire death (they are likely high on the thwarted belongingness and perceived burdensomeness scales), their level of impulsivity/habituation is low.

What we see in those who have attempted suicide multiple times is that people often work up to lethal self-injury. In other words, it doesn’t just happen out of the blue. They may attempt suicide using methods of increasing levels of potential lethality before finally dying, or habituate in nonlethal ways. Substance abuse, nonsuicidal self-injury, impulsive or reckless behavior, or physical or sexual abuse (as perpetrator or victim) are all ways a person may habituate to pain, fear, trauma, and injury. (This list is not exhaustive.)

Doctors, as a part of their work, are inherently high on the impulsivity/habituation scale. They not only come into contact with individuals with significant injuries, they are near when families are frightened, grieving, and wanting answers, and often literally hold a person’s life in their hands. In addition to the habituation to these experiences, doctors by training would know a fair amount about what injuries would be most lethal, contributing not only to their capability for lethal self-injury but their competency for lethal self-injury.

If thwarted belongingness, perceived burdensomeness, and impulsivity/habituation were barriers that needed to be pushed through in order for death by suicide to be possible, the impulsivity/habituation barrier would be weakened for doctors as compared to the average person, leaving the former two components as the only potential stopgaps.

Suppose, then, that a doctor felt disconnected from others in his or her personal life (many work long, tiring, stressful hours, which can be challenging for relationships). Suppose, also, that this doctor made a mistake that cost someone his or her health or even life (or at least perceived himself or herself as having made such an error). It’s easy to imagine the affront to the self-concept of being a helper or healer that someone in that situation might feel. It’s also easy to imagine what might come next if this doctor’s pain became unbearable.

So what can be done?

When looking at the underlying mechanisms of suicide through the lens of this model, prevention strategies become a little clearer. Instead of focusing vaguely on reducing depression among medical professionals, we can see that the only two factors that are easily workable are belongingness and burdensomeness. Perhaps one key to reducing the suicide rate among doctors is to strategically identify those who are at higher risk (Hawton’s research suggests doctors facing disciplinary action are more likely to die of suicide, lending support to the affect of perceived burdensomeness) and increase the support they receive. Also, just as stigma is a frequent barrier to help for the general population, it surely plays a role in the medical profession; doctors may not seek the help they need for fear of career ramifications. Access to mental health treatment must improve, and utilization of such resources should be both encouraged and anonymous, as it is for everyone else.

Undoubtedly, there are many creative ideas worth considering, and I’m sure the ones most beneficial to prevention efforts will come from those who are most familiar with these environments—physicians themselves.

What ideas do you have?