Who Could Have an Eating Disorder? Short Answer: Anyone 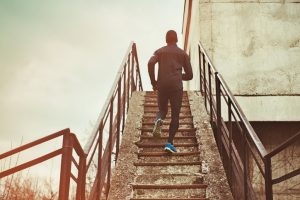 Many people harbor erroneous beliefs about eating and food issues—beliefs that may be encouraged by stereotypes frequently seen in modern media. Some might believe, for example, that eating disorders only develop in women. Others may further limit their incidence to women who are also young, wealthy, and white. Still others may believe them to be a “fake” concern or ploy for attention.

Women, especially young women, do face heavy pressure about their bodies and are consistently exposed to unrealistic and harmful standards and messages about appearance and body image. However, while it is true that women are more likely to develop an eating disorder or disordered eating patterns, it is also true that eating disorders occur with much greater prevalence, and affect a far larger range of individuals, than most people realize.

Development vs. Diagnosis and Treatment

Eating disorders are far more prevalent than many assume, in part because many people are never diagnosed and never receive treatment. According to statistics from the National Eating Disorders Association (NEDA), 10 million men and 20 million women will experience an eating disorder of clinical significance at some point in life. Many more individuals develop disordered eating patterns that do not fit criteria for diagnosis but are still serious.

This is a lot that has to go “right” before healing can occur. While we—therapists, counselors, and other treatment professionals—might lose people at any step along the way, I believe one of the biggest holes in the road to recovery is the lack of education about the prevalence of eating disorders.

Who, Then, Develops Eating Disorders?

Even these figures may be underestimates. It is difficult to determine the exact number of men who have eating disorders because men are far less likely to seek treatment. Men may fear the stigma of having what many consider a concern that only develops in women and avoid seeking treatment. Thus, their experience goes unrecognized, and people continue to believe eating disorders occur mostly in women.

Disordered eating patterns may also look very different for males, who have different “ideal” body types promoted to them.  Muscle dysmorphia, a condition of extreme preoccupation with the size and shape of one’s muscles, is highly prevalent in men, for example, though it is not yet considered a “real” disorder.

Eating Disorders in the LGBTQ+ Community

One national sample of college students found rates of self-reported eating disorders, in addition to diet pill use, laxative use, and vomiting in the previous month, were highest among transgender students. Rates were also high among sexual minority students—men as well as men and women who were unsure of their orientation. Research and statistics on eating disorders in the LGBTQ+ community, particularly among non-binary and trans individuals, is still limited, but evidence suggests this population may be underserved.

The many factors that can have a harmful impact on an individual and influence the development of an eating disorder—bullying, discrimination, homelessness, body image ideals, lack of family or community support, and lack of awareness education, to name a few—commonly affect LGBTQ+ individuals. This may increase the incidence of eating disorders in members of this community.

Anecdotal evidence suggests one reason eating disorders may be more likely to develop in trans and non-binary individuals is a desire to more closely align one’s body to gender identity and desired body type.

Eating disorders, which often evolve as ways of managing overwhelming stress, typically include negative thoughts and feelings about the self and generally not only about body shape and size. In the United States, there is not only a “thin ideal” (idea that being thin is better than not thin), but also a “white ideal.” People of color, who often experience daily racism and discrimination, may thus be highly likely to experience negative thoughts and feelings.

Some hold to the notion that, because in other cultures, a thin body may not be upheld as an ideal standard, members of these groups are immune to eating disorders. This is not in fact the case. While it may be true that some cultures favor curvier, fuller bodies, research has shown that the degree to which a person has become acculturated—shifted their values from those of their culture of origin to the host or dominant culture—can have an impact on their susceptibility to eating disorders.

Individuals who have, for example, internalized dominant American beauty standards of thinness may develop patterns of disordered eating in their aspiration to attain the desired body shape. A number of other factors must also be considered, such as the overall effects of oppression, which may include low self-esteem, anxiety, and depression. Even when a person recognizes their need for help, treatment for an eating disorder can be expensive and often impossible for those without health insurance. Further, people who lack funds and resources may need to deprioritize seeking help in order to manage their day-to-day life.

People with low socio-economic status meet roadblocks at every turn when it comes to diagnosis and treatment. One reason may be the scarcity of information and education about eating disorders in this population. Research shows that people with lower incomes are much less likely to recognize an eating disorder and view it as treatable than are people with higher incomes.

Even when a person recognizes their need for help, treatment for an eating disorder can be expensive and often impossible for those without health insurance. Further, people who lack funds and resources may need to deprioritize seeking help in order to manage their day-to-day life.  While organizations that assist people in getting the treatment they need, such as Project HEAL, do exist, a person has to know these resources are available before they can attempt to access them.

Eating disorders in midlife are increasingly being recognized as somewhat common. According to NEDA, 13% of women over 50 have symptoms of disordered eating. There is less data available about men, but it is likely that eating disorders in middle-aged men also occur more frequently than previously realized.

Midlife brings with it unique challenges such as raising children, caregiving, financial difficulties, workplace concerns, and household responsibilities.  In the current cultural climate, ideas like “50 is the new 30” can add additional stress in the form of increased pressure to maintain a certain body type at the very same time a body is beginning to slow its metabolism, change its chemistry, and respond to food and exercise differently than in years past.

Many women gain an average of ten pounds a year, simply due to aging, but women who have had children may find that childbirth also changes the body significantly. A desire to maintain a certain body type or shape, coupled with stress and unhelpful coping mechanisms, may contribute to the development of disordered eating habits or an eating disorder that meets diagnostic criteria.

The elder years may also bring challenges such as impending mortality, declining health, and decreased social circles. Disordered eating patterns develop in some for the first time in later life, while others may experience a resurgence of symptoms from their youth as they encounter these new stressors.  Some individuals may have struggled with untreated (or unsuccessfully treated) disordered eating of one form or another for much of their life. This not only effectively excludes them from statistics, it may also lend support to the myth that eating disorders largely occur in young women.

If you belong to one of these oft-marginalized groups and recognize the symptoms of disordered eating in yourself, please do not hesitate to seek help. A compassionate, qualified mental health professional can offer support, treatment options, and recovery assistance, and you can begin your search here.