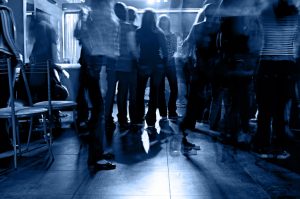 White college students may be less likely to intervene with black women at risk of being raped than with white women facing the same risk, according to a study published in the journal Psychology of Women Quarterly. The study looked at how women responded to a hypothetical scenario in which a severely intoxicated woman was led into a bedroom at a party.

People who are severely intoxicated cannot consent to sex. A 2007 study by the National Institute of Justice found 89% of college students who were raped reported drinking alcohol prior to the assault. According to the Center for Disease Control and Prevention’s (CDC) 2010 National Intimate Partner and Sexual Violence Survey (NISVS), 1 in 5 women and 1 in 71 men will be raped at some point in their lives.

Women’s Willingness to Intervene in a Sexual Assault

Researchers presented 160 white female college students with a story about a man leading an intoxicated woman into a private room during a party. In some versions of the scenario, the potential victim had a stereotypical black name, such as LaToya. In other versions of the story, the woman had a name that researchers determined was not racially distinct, such as Teresa.

Participants who read either version of the scenario perceived the woman was at risk of being sexually assaulted. Participants were unlikely to blame the victim in either scenario. However, those who read about “LaToya” were less likely to report a willingness to intervene in the hypothetical situation. They also felt less personal responsibility for the victim, and some participants believed the victim experienced pleasure from the hypothetical rape.

Rates of Victimization Among Black and White Women