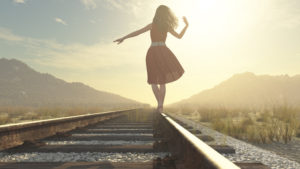 People with bipolar who seek care in a psychiatric hospital may need to be hospitalized again if their symptoms get worse. Hospitalization can be disruptive to families and careers. It is also expensive, and it may not be fully covered by health insurance.

A large study of Finnish patients published in JAMA Psychiatry analyzed which medications were most effective at preventing rehospitalization. They studied antipsychotics, mood stabilizers, and anti-anxiety medications. Lithium, a mineral with mood-stabilizing effects, had the highest effectiveness.

Reducing the Risk of Bipolar Rehospitalization

The cohort study followed 18,018 Finnish people hospitalized for bipolar between 1987 and 2012. The data came from national databases of hospitalizations and medications. Researchers followed participants for an average of 7.2 years.

Over half (54%) of participants were hospitalized a second time during the follow-up period.

For the class of antipsychotic drugs, the form of the medication also made a difference. People who took long-acting injections were 30% less likely to be readmitted to a psychiatric hospital than those who took antipsychotics in oral form. This held true even when people were taking the type of medication.

The study authors suggest lithium may be the best first-line treatment for bipolar. If someone cannot take lithium, long-acting antipsychotic injections may be a safe alternative. However, the authors admit more research is needed, since the study only analyzed Finnish individuals.