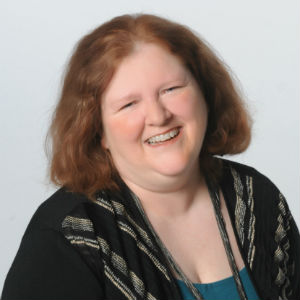 Editor’s note: Patricia McGuire, MD, FAAP, is a developmental and behavioral pediatrician and published author. Her continuing education presentation for GoodTherapy.org, titled Never Assume: Getting to Know Children Before Labeling Them, is scheduled for 9 a.m. PDT on May 9. This event, free to GoodTherapy.org members, is good for two CE credits. For details, or to register, please click here.

Jeremy is in the principal’s office again! He pushed another student down on the playground, and the recess monitor sent him in. He didn’t believe it was fair. Aaron had started it; he kept calling Jeremy names and blowing in his face. Even though he told Aaron to stop several times, this only caused Aaron to laugh and do it more. Jeremy tried to tell the recess monitor before it got bad but was told not to tattle. Finally, Jeremy felt he could take it no longer and pushed Aaron out of the way so he could leave. Jeremy felt that Aaron should be in the principal’s office too, but he knew it wouldn’t happen. They never listened to his side of the story.

Jeremy is a victim of the zero-tolerance policies of his school. Students are punished for any infraction of the rules, regardless of how it happened. It might have been an accidental mistake, ignorance of the rules, or even due to extenuating circumstances, as in Jeremy’s case. There are no exceptions to the policies.

In Jeremy’s case, it becomes even more complex. He has a behavioral improvement plan in place due to his attention-deficit hyperactivity (ADHD) and anxiety. There are supposed to be safeguards in place to help him when other students tease or otherwise try to trigger a behavioral response from him. Unfortunately, these safeguards come in conflict with the zero-tolerance policy, so they are useless when the strategies he was taught don’t work.

Jeremy is in need of an advocate to help him have his needs heard and to create the exceptions needed to allow Jeremy to be successful. Therapists, parents, and doctors are great advocates when they know how to approach the administration. The first thing to document is that Jeremy is the victim of poly-victimization—a series of maltreatments that occur often—as described by the National Children’s Advocacy Center. First, there is Aaron, who is bullying Jeremy. Next is the recess monitor who labels him a tattler, which is demeaning. Finally, there is the zero-tolerance policy, which does not allow Jeremy to defend his reason for violating the rules, further causing him stress.

Next is to document if there are consistent offenders or a wide variety. Many children, like Jeremy, are targets of multiple children who find the excitement of getting another student upset or in trouble irresistible. Many adults tend to label these children negatively because of what is seen as inappropriate, over-the-top, or immature responses to situations. Because of Jeremy’s ADHD, he tends to be very reactive and impulsive. His anxiety affects his ability to inhibit responses due to a heightened fight-or-flight response.

There needs to be a meeting with all involved to understand Jeremy’s rights under Section 504 of the Rehabilitation Act of 1973 due to his ADHD and anxiety. The school has already documented the issues with the institution of a behavioral improvement plan. The plan needs to be modified so that Jeremy can be assured that if he goes to an adult, his concerns will be taken seriously. They need to be addressed immediately, too, which in this case would have meant sending Aaron to the principal’s office for the bullying as soon as Jeremy reported it.

If it is documented, by Jeremy’s report and corroborating reports from others, that he has followed the strategies he was taught but they all failed to help him, there needs to be an assessment of how to improve the system in the future, not punish him.

Zero-tolerance policies were meant to address weapons, drugs, violence, and bullying. But if there is no discussion of why aggression took place—which may be seen as bullying by the administration—the victim may pay the price. Any child who is known to receive office referrals for behavior often needs to have the underlying reasons determined so that an appropriate plan can be put in place. Life is not a one-size-fits-all, and neither are children.