When the Wound Is Too Big: How Your “Energy” Can Impact Relationships 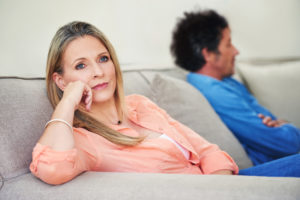 The following conceptual model is an exercise in self-awareness. It deals with emotions and drives that run deep within us. Specifically, it deals with the concept of interpersonal wounding. My aim is to make it easier for you to conceptualize these dynamics.

I would define interpersonal wounding as lingering emotional pain experienced due to interactions with other people. Interpersonal wounding always impacts our attachment system. Attachment is a biological drive which bonds us to our caregiver(s). It helps ensure our survival when we are young and mostly defenseless. organisms.

You can think of any relationship as an energy field between two people. The space is made of what each of the two people brings to the field.Attachment can be defined entirely within existing neuroscience. Much of our attachment hardware lives in the limbic system in the brain. Mirror neurons also have a lot to do with attachment. They are brain cells which read others’ signals and automatically attune our own nervous system to respond to those signals. Through mirror neurons, I, as a practitioner, can often experience in my own body, an echo of what my client is feeling in their body.

It can be useful to conceptualize attachment in terms of a tangible, emotional “energy.” You can think of any relationship as an energy field between two people. The space is made of what each of the two people brings to the field. If you and I have a relationship, the field between us will be impacted by the emotional and somatic energy emanating from within each of us. This energy has everything to do with our basic human drives and needs, our culture, and also our relationship history.

If you consider yourself to be more spiritual, this model is likely to click with you. For those of you who are more scientific or atheistic, you do not have to take the idea of energy fields literally. Rather, I invite you to take it as a conceptual model. You can consider it like an emotional Venn diagram, which helps us conceptualize ideas even though the overlapping circles do not literally exist.

Let’s say Bob was raised in a neglectful home. No one overtly abused him—there were no beatings or yelling or bullying, etc. Thus, he never learned that close relationships could be dangerous. Instead, he learned close bonds are scarce but necessary, and when you find them, you should drink from them like a desert oasis! Bob grows up starving for attention, but he manages to compensate for it fairly well across most situations.

John, on the other hand, did experience active abuse in his family of origin. John grew up emotionally lonely too, but he had the additional problem of learning that “attachment = pain and abuse.” So, even though he’s desperately lonely and needy underneath, that’s all covered up by a layer of “Danger! Get the heck away from me!”

In attachment terms, we would say Bob has anxious attachment and John has avoidant attachment. These attachment styles are one aspect of what they bring to the energy field between them and other people.

Even if we contain ourselves and don’t “act out,” the other person’s system may pick up the energy we are putting out. If I form a relationship with Bob, I may feel smothered in his emotional needs. His attachment system has sensed in me an opportunity to repair and complete some things. Meanwhile, I might feel like he’s smothering me and draining me dry. The more emotionally intimate the relationship, the more these dynamics will emerge. Unless Bob can throttle back and contain himself, perhaps with the help of a therapist, he’s likely to poison his figurative oasis and drive me away.

If I get into a relationship with John, the opposite pattern may emerge. I may sense his underlying loneliness, but he spends so much time running away from me that I rarely get to connect with him on a deep level. He’s hypersensitive to interpersonal danger, and he’s prone to misinterpret my motives. John’s wound is getting into our space. He may run away from the relationship to avoid leaving his vulnerabilities exposed.

If Bob and John get into an intimate relationship with each other, then it may be very intense at first. Both men’s underlying energies will rush at each other in an attempt to repair and complete their past unmet needs. Yet the intensity of each man’s opposing needs (nurturing and connection vs. space and autonomy) is likely to cause a lot of problems. In general, such relationships either break up quickly or go through “off and on” phases.

When we are substantially wounded, our wound energy can strongly impact the relational field. Our wound energy can come out through our behavior, some of which we may not be fully aware of. Even if we contain ourselves and don’t “act out,” the other person’s system may pick up the energy we are putting out.

If you don’t believe in energy, there are plenty of biological signals to account for this pattern: subtle postural change, tone of voice, pheromones, etc. These subtle signs may or may not be noticed entirely consciously by others. Yet their bodies and nervous systems will definitely notice.

Here’s another example of someone with a wounded energy field:

Jane grew up with an emotionally intrusive mother who ignored Jane’s boundaries. Not many people are fully aware of emotional boundaries, but our nervous systems sure are! We may know the other person makes us feel bad, but we may not have the words to say why, much less stop the behavior.

Deep down, our bodies believe they are defending us from something that feels intolerable. We may even feel triumphant to not put up with it anymore! However, as with most outdated defense mechanisms, these reactions tend to be disproportionate to the present situation. As Jane grew up and became independent, she gained some adult power. Yet she is still has lots of anger about having to put up with her mom’s “emotional garbage.” She is hypersensitive about being intruded on, inconvenienced, emotionally dumped on, misattuned to, or not considered.

We can conceptualize this “emotional wound” as protruding outward from her physical body, into the energy field. In fact, it’s sticking so far out there that many people unintentionally bump into it and hurt her.

For example, let’s say Jane walks into a conference room at work. Someone else backs up into the aisle between tables and almost bumps into her. Instead of laughing it off, she snaps at them. Or perhaps Jane is older now and has learned to contain her response. However, her colleagues still sense her fuming and see a slight roll of her eyes. Just like that, Jane alienates herself from the very relationships she needs to succeed.

Jane’s coworker couldn’t “see” or sense her wound. He had no idea his clumsy movement would bring up childhood pains for Jane. Yet Jane can’t see that her wound-fueled reaction is exaggerated, so she believes herself entirely justified. Her wound is distorting the interpersonal relational field around her.

We clinicians see these sorts of dynamics often. Deep down, our bodies believe they are defending us from something that feels intolerable. We may even feel triumphant to not put up with it anymore! However, as with most outdated defense mechanisms, these reactions tend to be disproportionate to the present situation. They are often infused with too much fight/flight energy still lingering from past events.

It is truly unfair that Jane had to put up with emotional intrusions throughout her childhood and now has to deal with the effects of the wounding. However, she still has a responsibility to figure out her emotions somehow and repair them. That’s just (as they say in Alcoholics Anonymous) “life on life’s terms, not on your terms.”

Developmental trauma is terribly unfair. However, by making a commitment to repairing your trauma, you empower yourself. You learn you can depend on yourself to take responsibility and create change. If you keep at it long enough, chances are good that you’ll gain a lot of recovery.

I encourage everyone to make a commitment to themselves: to heal their old wounds and learn about themselves. If this process feels daunting to you, therapy can help! A therapist can show you how your emotional energy may be affecting your relationships. With time and persistence, you can learn to heal your traumas and develop healthier attachment styles.