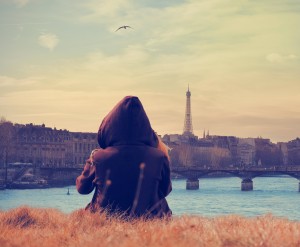 When we lose something important to us, it is natural to feel something similar to depression that is normal grief. It can be intense sadness, and may include low energy, an inability to imagine things feeling good again, loss of pleasure, longing for what is lost, and less ability to function in thinking, sleeping, eating, sexuality, and working. The main difference between depression and normal grief after a loss is the person’s ability to resolve the pain and recover as time passes.

Philosophical and spiritual people debate why some people experience more loss than others in similar circumstances, but losses are inevitable for all of us. Loss is such a common and complex part of our lives that people often don’t consciously realize many of their losses. Often, what seems like a single loss is actually several losses, and what isn’t what we think of as a loss at all most definitely is.

When people think of grieving a loss, they generally think about losing a person to death. Not only are there many other losses aside from people, there are many other ways to lose people. We lose people to relationships ending, including friendships. We lose people to mental illness, chemical and other addictions, disability, and occasionally cults. We lose aspects of our children repeatedly as they grow from a developmental stage, never to return to it—from birth throughout their lives. This includes what are often especially painful times, such as when they first go to school, become adolescents, leave home, form a long-term relationship, and move away. When we lose people completely, we usually lose multiple aspects of them—almost like losing more than one person. A lost wife, for example, can be a lost companion, lover, cook, caretaker, co-parent, and more.

Losing pets can be every bit as painful as losing people. People underestimate the grief some feel when they lose a pet. The fact many people don’t take this seriously adds to the pain by isolating the mourning person further and sometimes adding shame to the grief.

Significant losses we grieve often include loss of intangible but deeply significant treasures such as dreams or hopes, identity, youth, belief in one’s immortality, faith, status, or life purpose. Losing other things, such as jobs, opportunities, contests, physical abilities, objects, and people carry these intangibles with them as additional losses. For example, losing a job, business, or career can also take away one’s identity, life purpose, and dreams. These intangible losses can significantly add to the pain of concrete losses.

Losing physical abilities of course means damaging one’s body or developing a chronic illness, but it can also include intangible losses such as finding out one is infertile. While there never was a baby involved, discovering infertility for someone who badly wanted to conceive children is similar to losing a baby—it is a death of the dream of the baby, and of the identity of someone who could have children, and possibly of what it meant to be a man or a woman. Similarly, losing a baby to miscarriage or even abortion can be a huge loss, even though the baby never developed and the parents may not have even wanted it.

In order to thrive in the face of losses, we have to heal through grieving. Grief isn’t just a painful, unfortunate outcome of loss—it’s our essential, inborn source of recovery from loss.

In order to thrive in the face of losses, we have to heal through grieving. Grief isn’t just a painful, unfortunate outcome of loss—it’s our essential, inborn source of recovery from loss. Grief generally involves expressing sadness and anger in response to the loss. Going over and over the memories of the lost one is also usually an important part of grieving.

Knowing about their intangible losses helps people grieve and heal from them, just like the tangible ones. That’s why it’s so important to be aware of the entire scope of losses that might be involved when people are sad or depressed. When there isn’t a tangible loss and people feel depressed, it’s important to search for losses that may not be obvious but may be causing a grief reaction. Being unaware of these less obvious losses can bring people to the conclusion that they are depressed for no reason, when in fact they just need to grieve. Being unaware of losses may even prevent grieving, and unexpressed grief can cause depression.