When Criticism Undermines Creativity: How Cognitive Restructuring Helps You Go On Creating! 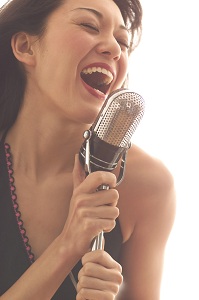 “I will never, ever sing again!” my client practically wailed as she flung the Arts section of the local newspaper down on the sofa of my counseling room. “Just look at this: ‘She had a pleasant voice, was poised and communicated well with the audience but her voice was less steady than that of the other soloist’. I am absolutely ruined – no one will ever hire me to sing again! I’m just quitting.”

The review did certainly seem the type that ‘damns with faint praise’, I had to admit, and the client’s distress was quite apparent. Creative types are often quite sensitive to criticism, because so much of who we are as creative people is manifested in what we do; therefore a negative critique is often perceived as a personal attack. Criticism also evokes prior instances when our performances were not received well: this client, for example, could not forget a college choir rehearsal at which another member had loudly and pointedly requested that she “please stop bellowing!”

Most artistic types can recall times when their performances or works were not well received. When this sort of ego deflation happens, it causes a “snowball effect” of hyperbolic self-criticism. As a long-time semi-professional musician, it’s happened to me many times. Here’s where a good dose of cognitive restructuring can really help us put the criticism in perspective and get back to doing what we love to do, confident in our abilities once more.

Cognitive-behavioral therapy developed as an outgrowth of pure behaviorism, a theory that postulated that human behavior is a set of responses to environmental stimuli. In short, the idea was that if we change the circumstances and the stimuli in the individual’s surroundings, we can elicit a change in human response. Some of you may recall psychologist B.F. Skinner’s experiments to test that hypothesis back in the 1940’s with the so-called “Skinner Box”, using his own daughter as a subject. The cognitive piece was later added to behavioral therapy by Aaron Beck and his colleagues, who recognized that the environment is not the only source of stimulus for human behavior.

Beck believed that humans acted in response to thought processes – and that maladaptive behavior was often the result of cognitive distortion. There are several different types of so-called cognitive “schema” – or themes – that can cause us to react to our circumstances in negative ways, and a variety of ways that our thinking can become distorted based on our perception of happenings around us. Many of these are probably quite familiar to you:  minimizing, generalizing, “awful-izing”, excessive use of “shoulds”, “musts”, “always”, “never” and so on. Therapists use CBT to help clients recognize, confront and change negative belief systems that cause these cognitive distortions. Considering my client’s distress in the vignette that started this article, I decided that CBT was the right approach to use with her in the session. Here’s a synopsis:

T:   You must be very upset by that review to say that you’ll never sing again. That’s a pretty broad statement. Do you really mean that?
C:  I do mean it. Who will want me to sing for them once they see that review?
T.  It sounds as though you think that everyone in the world will see this review and be influenced by what this one person said. Do you think that’s really true?
C:  Well…I guess not. But you know that word does get around.
T:  It also seems as if you think everyone who reads this particular review will believe this writer over all the ones who have given you good reviews. I think you said you never get a break. I’m wondering whether you have gotten any good reviews.
C:  Oh…yes, there have been some.
T:  Can you tell me about what percentage of the reviews you’ve gotten are bad ones?
C:  Hmm…I guess it’s really not a majority.
T:  In fact, you’ve told me about some really wonderful comments that have been made about your singing. Do you remember what some of those were?
C:  Well, there was that one review recently in which the writer said my voice was “warm, mellow and vibrant”… and there was one that said my singing gave the writer “goosebumps“. (Thoughtfully) Those were good.
T:  Let me ask you this. You have some engagements coming up in the near future.  Now, has anyone called you to cancel – since this review came out?
C:  (Hesitating) No, not really.
T:  Not really?
C:  No, they haven’t.
T:  So, I’m wondering whether you really are ruined, as you said earlier.
C:  No, I’m just hurt. I worked so hard to get ready for that performance. And the audience really seemed to love me!
T:  So, is it safe to say that this performance was more appreciated and admired than you seemed to be thinking when you came in today?
C:  Yes, it is.
T:  Looking at the review, does it seem to you that the reviewer recognized this?
C:  Actually, yes. It says that I connected with the audience. Funny, I hadn’t noticed that before.
T:  Do you think you’ll sing again?
C:  Of course I will. That reviewer is just one person and isn’t going to ruin what I love to do.
T:  So, what can you take away from this session?
C:  To keep things in perspective and not let one person’s word be the final one – even if it is a critic!

I don’t think anyone enjoys seemingly negative criticism, and it’s normal to feel broadsided when it occurs, whether it‘s about your singing, your golf game, your typing, or the way you ironed your kids’ shirts. Challenging your cognitive distortions can help you put the criticism in perspective, restore your confidence and give you the energy you need to keep going with a positive approach. And, if you can’t seem to shake the negative feelings away after a reasonable time, consider seeking assistance from a mental health professional who can help get you back on track!