When Breastfeeding Isn’t for the Child’s Benefit 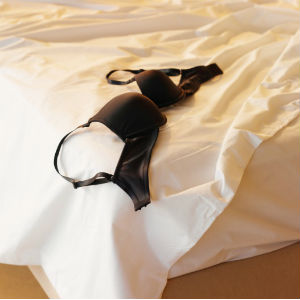 For much of my life I idealized breastfeeding, perhaps because I admired my mother for her courage to feed me this way in the early 1950s, when bottle feeding was, as she put it, “much more fashionable.” As a young woman, I assumed she must have felt tenderly connected to me as she held me to her bosom, creating a “bonding experience.”

What a difference 33 years makes! Today, Googling adult nursing relationships (ANRs) brings up over five million results, many of them NSFW, with blogs and tips from those who enjoy “lactation play,” or at least the intimate and private experience offered when one adult romantic partner lactates for another.

The prospect of an ANR can be overwhelming. Recently a friend confided that her sweetheart wanted her to lactate for him. She was both baffled and concerned because she had never been pregnant and had no desire to bear a child with a person she had been dating for only a few months. “I don’t have any idea how to lactate,” she told me. “What should I do?”

I suggested that first she would need to determine if she was ready for the profound and intense commitment required for an ANR. Was she ready to adjust her daily life to enable her boyfriend to nurse on her breasts several times a day, seven days per week? “Yikes,” she mused. “We don’t live together. Do I want this much intimacy this soon?”

They broke up amicably, and he placed a personal ad online.

I learned about jump-starting non-nursing breasts years ago from an adoptive mom who wanted to breastfeed her adoptive infant. Her husband sucked intensely and frequently on her nipples for two weeks, while her obstetrician provided hormonal drugs that tricked her body into a sense of having given birth. It worked! Others have used fenugreek and mother’s milk tea.

Adult nursing relationships typically begin after the woman has given birth. Dad may begin nursing alongside the infant, and perhaps the mom encourages him to continue once the baby is weaned. Their teenager could be graduating from high school, and the dad might still be nursing.