When All Seems Lost, How Do You Take Your Humble Pie? 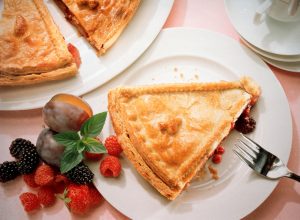 My local college football team recently lost its big rivalry game for the seventh year in a row. It happened the week after the national election, and felt like it capped an emotional season of conflict and divide at every turn. No matter your allegiances, when football teams or politics go head to head, we are reminded of the humbling reality that others see things differently.

2016 is behind us, and some of us are still feeling the extra pounds from all that humble pie. Maybe it wasn’t the election or a football game for you this past year—perhaps you endured the end of an important relationship, failed the bar exam, or experienced a health setback. When life humbles us, it reminds us of unpleasant things. If we can better understand what happens when we are humbled, we can move forward with strength and grace.

Having defeat or a setback handed to us serves as a reminder that we are different from others. How could someone you have known your entire life, and respect as a friend or family member, have voted for a candidate whose values are the polar opposite of everything you believe in? How, after two great dates, could your new love interest be ignoring your texts? How could your supervisor select someone else’s proposal when yours was clearly the best?

Some outcomes are tough to swallow. Being humbled by a diagnosis or a decision can feel like a bad card is being dealt to you. It can feel out of your control.

In many instances, this lack of control bothers us almost as much as what has happened. This is one of life’s most unpleasant feelings. We want to rage against something larger than ourselves: the unknown, the unexplainable, the other side. It feels lonely.

So how do you take your humble pie if you’re on the losing end of something meaningful to you, be it a sports event or a consequential election? Here are some steps to get you back in the game:

This is one of life’s most unpleasant feelings. We want to rage against something larger than ourselves: the unknown, the unexplainable, the other side. It feels lonely.

First, acknowledge the feeling of being on the losing end. It might seem obvious you’re down because a situation didn’t go your way, but it’s important to be able to say to yourself, “It doesn’t feel good to lose. I feel embarrassed/worried/angry/fearful.” (Or something else.) Perhaps you feel your body let you down in spite of your best efforts to keep it healthy. Acknowledge your frustration and disappointment.

Next, take some time to think. Most situations benefit from not acting immediately. If you don’t have to rush into surgery or a new relationship, or start studying again right this instant, then don’t. Take a walk, watch a movie, do some research, sleep on it. The day after the election, I watched people walk a local hiking trail from end to end and then turn around and repeat the trek. Being humbled is uncomfortable. Take some solace in a little bit of space.

Then, learn what you can in a spirit of self-compassion. Starting a new year is a great example of how the nice feeling of a clean state is all about mind-set. The same problems will follow a football team or an administration if they don’t learn from the past. We can teach ourselves how to make smarter decisions that lead to less heartbreak, illness, or failure. We can forgive our bodies for breaking down, and our choices for taking us astray. Of course, bad things may still occur randomly, but when we look to the past to find life lessons, we can usually see them.

Last, use your new perspective to connect with others and take control of your life. If you suffered on a personal level in 2016, whether due to a breakup, illness, career setback, or any other obstacle, take note of your support network. Who was there for you? Were you reminded of any values you have that had taken a backseat? Did the death of a loved one help you resolve to never miss another birthday party? Did your year-end review with your supervisor remind you that sleep is imperative for optimum job performance? Since being humbled involves feeling out of control, take some control back by aligning your behavior with your values. Based on some examples here, you can:

Keep a list nearby of your top five important values or areas of priority. Align your behavior to this list, and when the going gets tough and life gets you down, or you feel stuffed full of humble pie, be glad you did what you could with what you knew and all you had.

Here’s to a happy and healthy year!