What to Do When Procrastination Stops Working for You 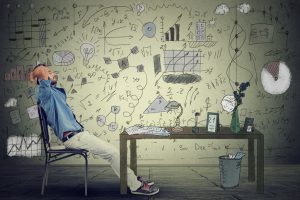 Some people say they work best under pressure, that a looming deadline is about the only thing that serves to motivate them and get those productivity pistols firing. However, those same people often arrive at a point in their lives when this is no longer optimal. They are tired and stressed and feel like they’re always behind and playing catch-up. They begin to miss deadlines and suffer the consequences (poor performance reviews, lost opportunities, late fees, disappointment and anger from others, etc.). That’s when they realize a change is needed, that what may have worked before doesn’t suit any longer.

They say, “I’m a procrastinator.” It’s become how they define themselves. They wonder, “How can I do it any other way?”

It’s important to understand why procrastination doesn’t work long-term. Leaving things until the last minute results in having fewer choices. Too many options can be overwhelming for some, but constantly limiting them means you’re never really given the opportunity to advance or improve.

Sometimes procrastination is driven by the fantasy that an undesirable task will ultimately be removed from your realm of responsibility. However, if you look at the evidence history has to offer, it rarely happens. Maybe you believe that a “legitimate” excuse will surface so you don’t have to complete the task, but it never comes. For example, a snow day or tax extension only prolongs the period of time you might agonize over getting something done.

Procrastinating delays what eventually has to get done.

There is the discomfort, anxiety, and weight of having something hanging over your head. You don’t have the increased satisfaction of crossing something off your to-do list ahead of time. You might feel ill-prepared and end up delivering a product that’s subpar. Your reputation might suffer because you can’t be counted on to turn things over in a timely manner. If you’re a member of a team, you demonstrate disrespect for your peers and possibly cause their work to suffer as well.

Procrastination is like sitting on a fence. It gets incredibly uncomfortable after a while.

Procrastination is like sitting on a fence. It gets incredibly uncomfortable after a while.

Making a choice to get off the fence and do something is not as hard as it may seem.

There is far more power in doing, rather than simply thinking or talking about it. In other words, it feels great to be able to tell someone “I’m working on that and I’ll have it to you by Friday” (and mean it) rather than “I haven’t gotten to it yet.” When you tell yourself you don’t have time for something, what you often mean is the task is not a real priority for you. If it was, you’d find a way to find the time.

So what to do about it?

When we wait for the “perfect” time or circumstances to tackle certain chores or tasks, that time rarely comes. We have to simply take action, and by beginning, we discover momentum because we like how it feels to “overcome” or take charge of something.

There is a sense of relief (sometimes euphoria) in getting things done. Why put that off? We often make things bigger in our minds than they really are. The sooner we begin something, the sooner we may discover it’s not as daunting as we originally imagined.