What My Partner and I Learned from Our Glorious Fight 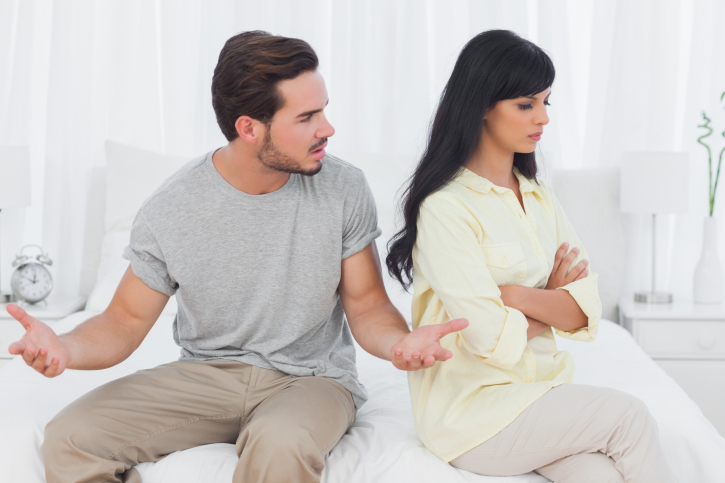 For the first time in months, we breathe a bit easier. Our external stressors remain the same—aging parents, children’s needs, the demands of work, medical issues, financial concerns. But like any couple that has reached their max, my spouse and I got into it last week.

I made a request to him. I did not get the answer I wanted. I huffed and puffed around the house. He went to bed without saying goodnight. For two days afterward, we barely spoke and most certainly did not kiss or touch each other.

Even me, the well-versed therapist who teaches other couples how to get along better, fell victim to my own stressors and reactive communication. For his part, he shut down.

I walked around on those days with a pit in my stomach. It felt awful.

The longer-term problem: over the past four months, we’ve harbored unconscious resentments and disconnected from each other. Our responsibilities somehow became bigger and more important than us. US!

As a person seeing me for therapy said earlier this week, with her spouse sitting beside her, “Life just keeps happening.” I replied, “You are not in that boat alone. Many couples sit in it with you.”

She’s right. Life keeps happening. When life feels hard, my spouse and I typically find ways to pull together, but we are human and imperfect. We do not always get it right.

Our fight started out tough but ultimately became constructive. It forced us to dig deeper than we had in months. We had to swallow our pride and look at ourselves, individually and as a couple. We had to ask ourselves some tough questions:

The first question helps you understand what you do not want. The second prompts you to hold yourselves accountable for your behaviors. The third requires a clear needs assessment and behavioral change. It demands specific action. The fourth question invites you to check back in with each other in the future.

In question No. 3, most couples fail to get specific enough. Here are some examples:

Fights can alert you that something is wrong. When fights are constructive, they can mobilize energy, openness, honesty, and action.

Vague request: “I want more attention from you.”

Specific request: “I want us to spend time together on Friday nights without electronics.”

Specific request: “I’d like to have sex with you at least once on the weekends.”

Vague request: “I want more help with the kids.”

Specific request: “I would like one of us to make the kids lunches while the other gives the kids baths. Which do you prefer to do?”

When you do not specify, you leave room for assumption. Specific requests clearly communicate what you want from your partner. It leaves little room for misunderstanding.

We spent our evening hashing out these questions and spent most of our time on the third. We had to figure out what we wanted from each other behaviorally. Once we said it out loud, we had to find agreement and ways to support each other.

Fights can alert you that something is wrong. When fights are constructive, they can mobilize energy, openness, honesty, and action.

Do I want to go through it again? Not necessarily. Will we? Likely yes, at some point. After all, we are a loving couple, not a perfect one.

The result of our disagreement brought greater clarity, intimacy, teamwork, and a renewed sense of trust. It was truly a glorious, eye-opening, gut-wrenching, heart-stirring week, and I would not change one thing about it.