Criticism of DSM-V Continues: What’s In the Manual Anyway? 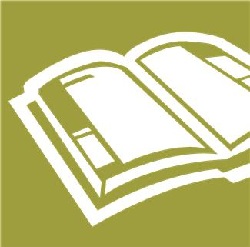 The recent revelation that Dr. Drew Pinsky, who cohosted Loveline and now has his own show, recommended antidepressants for off-label use after being paid to do so has reinvigorated debate about that prescription drug and use of psychiatric medication in general. This debate is increasingly visible in the discussion over the soon-to-be-released edition of the Diagnostic and Statistical Manual of Mental Disorders, Fifth Edition (DSM-5). The DSM is the bible for mental health professionals. Originally developed to make the diagnosis of mental health conditions more uniform across locations and between professionals, it has been met with criticism from its inception. The fifth edition of the manual is planned for release in 2013. Like previous editions, it has expanded the criteria for some diagnoses, incorporated new illnesses, and attempted to further codify diagnosis of mental illnesses. But also like previous editions, it has been met with criticism by mental health skeptics and mental health professionals alike. So what are the major changes in this book? Here’s a brief overview.

Changed Diagnostic Thresholds
Several mental health conditions, including pedophilia, general anxiety disorder, and attention deficit disorder now have altered diagnostic criteria. The result is that people must exhibit fewer symptoms to be diagnosed with these illnesses. While supporters of the DSM-5 argue that this makes getting treatment easier, skeptics argue that these expanded diagnostic criteria can serve to pathologize normal behavior.

Behavioral Addictions
Drug and other addictions have long been part of the DSM, but the new DSM-5 takes into account changing social norms and technologies. While previous editions itemized specific addictions, the new edition offers the “addiction and related disorders” category. This category incorporates several new behavioral addictions, including internet addiction and shopping addiction.

Assessment Tools
The new manual contains several assessment tools to assess the severity of a mental health condition. It also contains a new guide for assessing the suicide risk of people with certain mental illnesses, particularly depression. While these tools are aimed at assessing treatment and needs of patients and clients, some skeptics argue that these assessment devices are not backed by empirical research.

Childhood Disorders
With increasing public concern about autism, the DSM-5 refines and expands the definition of autism. It also offers a new childhood diagnosis: Disruptive mood dysregulation disorder is a diagnosis offered to children who throw extreme temper tantrums that are not developmentally appropriate. While the American Psychiatric Association argues that this can help parents pinpoint behavior that is abnormal—and potentially predict future mental health problems—critics point out that this will likely result in an increase of antipsychotic prescriptions for children.

Transparency and Public Relations
The American Psychiatric Association (APA) originally required that participants in the revision process sign a nondisclosure agreement, prompting critics to argue that without transparency, there was no real way to criticize the process by which disorders are codified. The APA has since backed off of this requirement but has used a public relations firm to market the manual. While the APA argues that this helps mental health professionals and laypeople to be aware of the changes, some critics argue that this distorts the process of mental health diagnosis and turns it into a money-making public relations venture.

Related articles:
Earl Scruggs, “Talk of the Nation,” and Grief
Let’s Rethink the Concept of Mental Disorder
Binge Eating Disorder and Health at Every Size