What Happens When Women Give Up Their Beauty Routines? 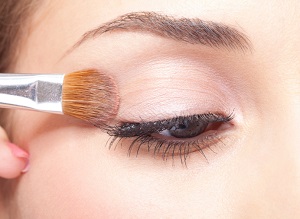 Women spend billions of dollars every year on beauty products, and studies have repeatedly documented that advertisements for cosmetics, shaving supplies, skin care, and other beauty tools leave women feeling bad about their appearance. While cosmetic routines can be a source of comfort and may make some women feel better about themselves, other women are so dependent upon beauty supplies that they feel inadequate without them.

Some feminists theorize that the obsession with appearance serves to keep women subservient by lowering their self-esteem, and there’s no denying that time spent primping could be devoted to other pursuits. Fed up with their routines, over the past several months three women made radical changes. Their experiences reveal much about our obsession with beauty.

Kjerstin Gruys spent most of her life struggling with her appearance, and an eating disorder had compromised her self-esteem and health. When her boyfriend proposed, she decided she wanted to enter marriage with a healthier self-image and break the cycle of obsession with her appearance, so she opted to avoid mirrors—while maintaining her beauty routines—leading up to her wedding and on her wedding day itself. Without mirrors, she couldn’t track her results and endlessly critique her looks. She even avoided looking at her wedding photos out of fear that they might reignite her insecurity.

Much to her surprise, her strategy worked. She found herself less focused on her appearance, and with that diminishing focus came increasing self-esteem. Gruys, a sociology graduate student, argues that mirrors can serve as a distraction that prevents women from focusing on more important aspects of life. For her, removing mirrors from the picture increased her satisfaction with herself and life.

Tired of wasting her time, irritating her skin, and creating an illusion of hairlessness, Emer O’Toole decided to give up shaving altogether. That decision spurred a wide variety of reactions. Her partner was hesitant at the time, but ultimately embraced the project. Random strangers, however, weren’t always kind, and she reports that some ignored her or made rude or insulting comments. When one child asked her why she had hair under her arms, the child was shocked to learn that women shave, then proceeded to ask her mother why she shaved. And this, O’Toole says, was precisely the point of her project—to cause people to question the things we do.

A Year of Modesty

Perhaps the most extreme approach to scaling back the time women spend on beauty comes from Lauren Shields. She realized that she had hundreds of dollars worth of makeup and that a significant portion of her clothing made her feel awful about herself. Desperate to break a cycle of superficiality, she decided to get rid of every piece of clothing that made her feel insecure, and to give up most forms of grooming—including makeup and styling her hair—for a year. Because she wanted to draw attention away from her body and refocus it on her personality, she also began wrapping her hair in a scarf, and wore only clothes that covered both her arms and legs.

She details the experience in her blog. In the early going, she struggles with her worth without a daily primping regimen. Strangers are sometimes unkind, and Shields frequently feels invisible in clubs and among glamorous women. Her experiment, however, ultimately yielded more confidence, and she met her fiancé in the midst of the experiment. In an article for Salon, Shields argued that abandoning her beauty rituals allowed her to focus on more important things, including becoming the sort of person who is ready for a lifelong relationship.