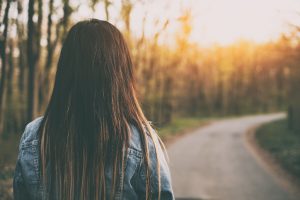 It’s that time again. The new year, as its name suggests, elicits a focus on newness, novelty, and freshness. Similar to the crack of the starting pistol that sets off a race, the new year allows one to metaphorically project themselves into the future. Indeed, for many, this moment serves as a boundary line for making change, where pent-up motivation from the previous year may be released in the form of action—becoming fit, reading more frequently, completing a degree, etc.

While moving into the new year can be exciting and can certainly pave a way toward new goals, I want to pose an equally exciting endeavor in the months ahead: reflecting on death. In particular, I want to encourage reflection on the death of the previous year and any parts of you that may have had to end in order for new expressions of yourself to spring forth (i.e., “In order to read more frequently, I must watch less television”).

However, while many may feel a sense of relief and are more than happy to “move on” from the previous year, I contend that something may be lost in the desire to rush forward too quickly. Utilizing the new year to take stock in what “endings” have occurred may paradoxically serve to complement and enliven one’s pursuit of goals in the coming year.

To illustrate, consider the practice of memento mori, or the consideration of one’s own death or ending. In ancient Rome, whenever a military general would come back from war victorious, a parade was given in his honor. During his march through the streets, the gathered crowd would praise the general; however, in order to keep the general from getting too far ahead of himself, a slave would be stationed closely behind him, consistently whispering (paraphrased), “Reflect on your death, for you are only a man” (Taylor, 1989).

The experience of the present moment offers a balance between getting “stuck” in the past and rushing so quickly into the future that one loses sight of the meaning of the original goal, the latter of which is a problem for many New Year’s resolutions.

Research regarding our “mortality salience,” an academic way of describing memento mori, suggests that giving due consideration to death serves to increase and heighten positive experiences (DeWall and Baumeister, 2007). Taken to the extreme, individuals in Bhutan are expected to reflect upon death nearly five times per day, and interestingly, Bhutan is considered one of the happiest countries in the world (Leaming, 2014).

Through the practice of memento mori, the general gave credence to both his strengths and limitations. He was able to celebrate what was to come, but it required him to give thoughtful consideration to how he got there (meaning all of the events that had ended), which placed him squarely in the present moment. What is interesting and important about existing in the present moment is that it not only imbues past events with reflective meaning, but it invigorates plans for the future. Additionally, the experience of the present moment offers a balance between getting “stuck” in the past and rushing so quickly into the future that one loses sight of the meaning of the original goal, the latter of which is a problem for many New Year’s resolutions.

In light of this new year and all of the excitement regarding the opportunities for a fresh start it may bring, be sure to consider the circumstances from whence you came, as it may enrich, nourish, and sustain your movement forward.