What Conditions Led to the Widespread Inmate Abuses at Rikers Island? 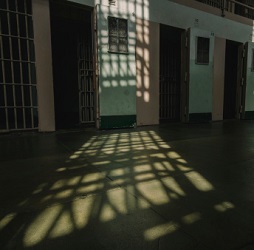 Corrections officers at Rikers Island, which is home to about 500 teenage inmates, regularly inflict severe and unwarranted abuse on inmates, according to a new report by the U.S. attorney’s office in Manhattan. The report details incidents of an inmate who received a skull fracture, an inmate overheard sobbing for his mother while being beaten, and numerous other stories of abuse. The report states that a “deep-seated culture of violence is pervasive” on Rikers Island.

The juvenile inmates on Rikers Island aren’t necessarily hardened criminals; a third haven’t even committed felonies, and the overwhelming majority will eventually be released. Severe mental health issues are astonishingly high on Rikers Island, with 51% of inmates receiving a mental health diagnosis. The report suggests that teens with mental health challenges were frequently subjected to the worst abuses.

In addition to violent abuse, inmates may be routinely denied proper health care. Andy Henriquez, for example, complained of chest pain for months, sobbing loudly in his cell. Other inmates begged guards to help him, and he was finally taken to a doctor, who wrote him a prescription for hand cream. He eventually died from a torn artery.

The Psychology of Corrections Officers

An infamous psychology experiment, the Stanford Prison Experiment, found in 1971 that simply assigning students to be either guards or inmates promoted violence. More recently, Thomas Carnahan and Sam McFarland theorized that prison guards are prone to violence, and tested their theory with a study.

They placed a newspaper ad recruiting participants to a study. In one ad, the study was marketed simply as “a psychological study,” while in the other, the study recruited volunteers for a “psychological study of prison life.” Caranahan and McFarland reasoned that the people who were attracted to the second study might be the same sorts of people attracted to working in a prison setting. They found that respondents to the second ad were higher on five personality traits associated with aggression—authoritarianism, social dominance, Machiavallianism, narcissism, and dispositional aggression—and low on empathy and altruism.