The Vocation of Fatherhood 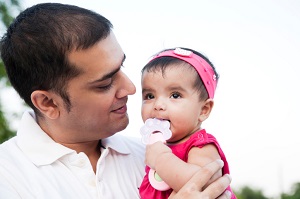 Well, Father’s Day is given a lot less emphasis in American society. While influence and relationship are important, what is missed in the discussion is that fathers can be much more involved in the raising of children. In fact, recent Census data (US HHS) show that there were 1.96 million single fathers in 2012 (with 16% of custodial single parents being men) and an estimate of 189,000 stay-at-home dads in 2012 (defined as those who were out of the labor force for at least a year to care for children younger than 15). So what can be said about the vocation (US HHS) of fatherhood?

Making a commitment to be a father can lead to altering core meaning that existed previously. In accepting this role, the man is changing what he sees as important. As these meanings shift, the man is able to relate more to how primary meaning is not in his own story but in how his story influences other stories. He also must explore how he is willing to be affected in order to be able to serve another as their story together is being created. If the person is from an Abrahamic religion, this may also allow him to relate to certain Biblical accounts where the sacrificial nature of fatherhood and Fatherhood is described.

These new understandings not only shape how meaning is formed and seen but also create a new sense of duty or calling in their life. No longer can he simply look at the world through his individual lenses; rather he will experience a moral obligation to be looking out for another human being(s) and the child’s best interests.

Addressing the conflicts that this creates, and understanding what this means about fatherhood, raises spiritual struggles for the father. Does the father look at dealing with these conflicts as a type of sacrifice, or as some form of atonement for what had gone before or in some other way? How does this create a sense of duty for the father, and how does he respond to it?

Another area that can be important in understanding the spirituality of fatherhood is exploring how the father views his family as a community of shared belief and meaning. If the father experiences family as a base community of faith, then he will feel a sense of spiritual fulfillment to the degree to which he feels satisfied in the role that he plays within that community. This satisfaction will generally be greater if the father’s roles and actions are consistent with the elements that have been discussed above.

Finally, the spirituality behind fatherhood may draw a person closer to whatever source they value. This is certainly the case, if fatherhood causes a man to become more reliant on God or other divine source. The relationship is made stronger, and the father may gain clarity about an authority to seek for all dimensions of his life. These are true even if the father seeks guidance more within instead of referring to a divine source.

While we commonly talk about the vocation of mothers and speak of this as a calling, there clearly are many dimensions of spirituality and vocation that also apply to fathers. Fatherhood can clearly be a calling that creates a sense of duty for the man and reshapes his whole understanding of meaning and relationship. This is a very individual process that will vary from man to man, as well as from situation to situation. We would do better to think about fatherhood is also a vocation and to consider the important role fathers also play in our society — for them and for their children.