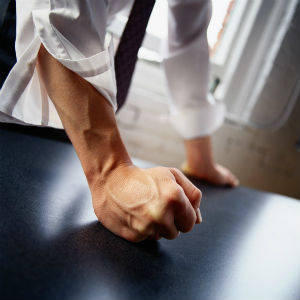 Take a look at most any natural phenomenon and eventually you’ll observe within it a current of violence; from the aggression and carnage played out on the wild savannas by fierce predators to the very nature of how the universe was formed, the natural world is marked by cycles of clashes and calamities.

Yet although violence seems an inherent and inextricable part of the world around us, we are compelled to abhor it in ourselves; global goals for world peace, love, and mediation comprise some of the most important issues of modern human society. As civilization progresses, we are coming to understand ourselves as more advanced beings, capable of cooperation and harmony where other species must resort to bloodshed. But is the scourge of violence an essential human trait that can never be eradicated, or is it a product of the social environment? And, importantly, what does this mean in the context of a world where children can kill?

Some of the most jarring news stories to sweep the United States in the past decade have covered neither politics nor financial crises, but rather solid demonstrations of the ability of youths to acquire firearms, construct elaborate plans, and carry out grisly killings. In April 1999, two students succeeded in ending the lives of 12 of their peers and one teacher at Columbine High School in Colorado, while a more recent school-related massacre, at Virginia Tech in 2007, resulted in the deaths of 32 people, including the perpetrator, a college student. The years in between have been peppered with accounts of violent acts carried out by minors, and have led to a heightened national awareness of danger from what would seem a highly unusual source. But while these stories may well be shocking, and certainly tragic, they may speak to a deeper social concern. The strong evidence for the capacity of children to kill suggests an admixture of science and simple sensibility; neither wholly intrinsic in human nature, nor extracted entirely from a magic formula of environmental factors, violence among children is a problem with several sources, and it requires a comprehensive examination.

The biological precursors of violent behavior are simple; where there are limited resources, people must compete with each other to survive, resulting in necessary aggression. This aggression is driven not only by the need to eat and take shelter, but by our own neurochemistry, which helped our prehistoric ancestors survive the trials of Earth’s rugged environment and continues to aid us today. The substances norephedrine and adrenaline help us rise to challenges and call us to action, while low levels of calm-inducing neurotransmitters such as serotonin and dopamine keep us from being placated. In the context of modern civilization, the need for such tools to help us carry out basic living requirements may seem barbaric, but they are nevertheless a part of human history and of the constitution of our biological selves. These tools can sometimes lead to unnecessary violence, but it is important to note that an average, well-functioning person can easily stay on top of these natural triggers and prevent themselves from resorting to blows. This is not always the case, however, for those who suffer from psychological and neurological issues, especially where children are involved; chemical imbalances and dysfunctions of the brain can lead to an increased tendency toward violence, whether directed toward oneself or others. And in a society with a large percentage of children affected with psychological issues, it is important to provide nurturing, healthy environments for development.

Significant bodies of research reaching back to the mid-20th century shed light on the fact children’s acts of aggression are, at least in part, influenced by what they observe in others, be they family members or characters on television. Albert Bandura‘s groundbreaking studies in the 1960s revealed that a child’s tendency toward aggression is directly related to the levels of aggression they observe in those around them; if parents, friends, and even fictional figures are particularly violent, the likelihood that the child will display violent attitudes increases. In the 1980s, the National Institute of Mental Health found that children who frequently observed violent behavior exhibited a decreased sensitivity to the suffering of others, a greater fear of the environment in general, and a heightened frequency of aggressiveness. Children with aggressive parents or who are exposed to individuals with poor self-control may therefore be at an increased risk of committing a violent act later on in life, as may be those who absorb a large and steady amount of violent media. Another significant environmental factor that can lead to violent behavior is found at school; the problem of bullying is as much alive today as ever, and continues to have a profound impact on affected children. In fact, when the U.S. Department of Education conducted studies on a set of more than 30 school shootings, it found that a full two-thirds of violent children responsible for the acts felt bullied in classrooms and at playgrounds.

Part of any reliable action plan for coping with stressful environmental triggers includes the acceptance of anger, which, while often related to acts of violence, is an entirely different human trait. Anger is a natural part of the spectrum of human emotions, and understanding how to work with one’s own anger is paramount in preventing uncontrolled violent acts. Those who are exposed to common environmental stressors can learn to harness their anger to keep themselves protected emotionally, and can find creative and constructive outlets which benefit not only themselves but those around them as well. Basic human aggression, as opposed to passive-aggressiveness and hyperbolic mania, can allow for violence to occur, but certainly doesn’t imply or necessitate it.

It is an inescapable fact that humans are, on a basic and ancient level, hard-wired for violence; like any creature, it is part of what has allowed us to develop and advance through the ages. But in a civilization in which we are able to cooperate with each other toward rational goals, we find ourselves able to function without the need for violent behavior. However, in the face of environmental triggers such as traumatic and aggressive family lives, scarce resources, and over-exposure to gore in media, violence can escape our rational world and manifest in tragic incidents, whether the perpetrators are children, young adults, or fully grown people. Identifying these triggers and working with our children to foster healthy, emotionally sound childhoods and a rational understanding of anger and how to process it can significantly decrease the likelihood that youths will perpetrate violent acts. Just as the capacity for harm and aggression lurk within the essential human psyche, so too does the capacity for love, kindness, and charity wait for the opportunity to shine through. After all, while very few have known the violence of a child, nearly everyone has been awed, inspired, and truly loved by one.

© Copyright 2009 by Noah Rubinstein. All Rights Reserved. Permission to publish granted to GoodTherapy.org.