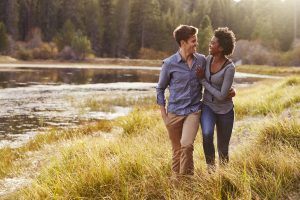 A commitment to hard work can help couples maintain a satisfying sex life after the “honeymoon phase” of a relationship wears off, according to a University of Toronto study published in the Journal of Personality and Social Psychology. The study’s authors say the belief that sexual fulfillment is the natural result of love or destiny might affect long-term sexual satisfaction.

The study also addresses the idea that “destiny” and “growth” sexual beliefs are not always mutually exclusive. An individual can have aspects of both types of beliefs, and just because someone may hold more “destiny” beliefs does not mean they do not also believe sexual satisfaction takes work and effort over time.

Daily fluctuations in sexual attitudes about hard work correlated with daily fluctuations in relationship satisfaction. On days when couples more strongly endorsed destiny-based beliefs, they were more likely to express sexual boredom. However, couples only gave this response when they also had a disagreement about sex that day. The authors suggest this pattern of responses shows belief in sexual chemistry is not always detrimental to sexual satisfaction, but it could be associated with a decrease in relationship quality when a couple experiences sexual problems.

In contrast, on days when couples more strongly endorsed a sexual growth belief, they were more likely to feel satisfied and connected to each other. The authors say this finding provides support for the idea that beliefs about sexual satisfaction may lead to better relationship quality, rather than relationship quality leading to better sex.

Among new parents, sexual growth beliefs appeared to increase satisfaction. The transition to parenthood can be stressful for many, and sleep deprivation can further compromise sexual satisfaction in new parents. A survey portion of the study suggested new parents who believed in the importance of ongoing work were more likely to have satisfying sex lives.

The team also found media can induce changes in sexual beliefs. In an experiment, they exposed couples to magazine articles about sexuality. One article highlighted the need for satisfying sex early in the relationship, while the other emphasized the importance of sexual growth and effort. Participants readily adopted the ideas each article posited. This suggests not only that sexual attitudes are fluid, but also that changes in these attitudes might affect relationship satisfaction.