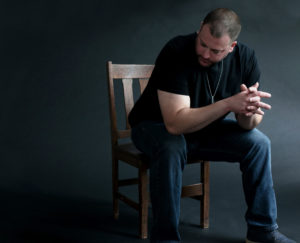 Doc Todd joined the U.S. Navy after high school in 2007 to become a hospital corpsman. In 2009, he was deployed with the Second Battalion Eighth Marines, an infantry unit. He describes his experience in Afghanistan during Operation Khanjar as “kinetic and violent.” Fourteen men from his battalion were killed in action, including his roommate on the first day of operations.

After three years in active duty, Doc Todd spent three more years in the reserves. After leaving the military, he moved to Atlanta and prioritized his education, career, and family over music. Doc Todd said that, at the time, he felt pursuing a hip-hop career was attached to too much stigma. He worked for a while in wealth management, but a conversation with his brother at a funeral reignited his passion for music and motivated him to produce his album.
Doc Todd played in bands through high school and into his early 20s, favoring heavy metal. A self-described hip-hop artist since the age of 14, he eventually transitioned to solo work. He recalls making this decision upon realizing he didn’t want to be attached to anyone else’s message.

In an exclusive interview with GoodTherapy.org, Doc, now 37, explains the inspiration and message behind his album, and delves into his own journey of mental health before and after the military.

Throughout Combat Medicine, you talk about a variety of issues and how they relate to members of the military, such as posttraumatic stress, suicidality, and substance abuse. What do you hope fellow military members and veterans take away from your album after listening? What about the general population?

[There] are a lot of takeaways that transcend military service, like dealing with addiction, trauma, heartache, or pain. Or, embracing and embodying your story. Moving forward with your life. Loss of a loved one to violence, or loss of a loved one, period. It’s a human experience. We all have our struggles, we all have our battles. So those takeaways are for everyone.

But this story is absolutely told through a military prism, and it’s told through the prism of a grunt doc. I was out there on the lines with the infantry grunts in one of the most violent operations in our entire war in Afghanistan. So that’s the prism in which that story is told, but it’s about redemption and progression. And it’s about standing up and dealing with all those things that are so inherently human.

At GoodTherapy.org, we work to dispel myths and stigma that surround mental health issues and therapy, aiming to empower every person on their own individual journey to wellness. Do you have any advice for how people can better support active duty military members, veterans, and their families?

We’ve got to be able to connect and take positives and negatives away from each other, and have people that we love and care about in our lives hold us accountable. That would be my takeaway—just be willing to take some feedback from people who haven’t walked the exact same path as you. It’s not the end of the world.

What messages or ideas are you hoping to spread through your music and lyrics?

Well, the main thing we’ve been going with is, “Hey, you’re not alone.” Because a lot of the problems come from isolation. I was so isolated because some of the things I dealt with on my deployment and my medevac. I got medevac’ed for pneumonia, and I felt isolated from the guys I served with because I got medevac’ed for not getting shot or blown up.

I felt ostracized, and I isolated myself in a tent. I think that’s the beginning of the end for a lot of people. I just want to tell all these people that I’m not a hero. I’m a guy who went over there and did my job and almost gave my life for my country ’til I could no longer stand. I felt like our community needed someone to tell it how it is, and that could offer some healing to people. Because the way people talk about the military service and the whole system is so hyperbolic that if someone calls it how it is, it could really impact people.

I felt like our community needed someone to tell it how it is, and that could offer some healing to people. Because the way people talk about the military service and the whole system is so hyperbolic that if someone calls it how it is, it could really impact people.

How could the military do a better job of helping service members reintegrate after combat deployments? What are some things they do well?

The class they do when you come back from Afghanistan is incentivized for you to go on leave. You don’t want to get forced into some military mental health institution instead of going home to see your family after you get back from cranking rifles for eight months. There’s so much about the military questionnaires and processes that incentivize us to not be truthful with them. I can say “yes” to this question and they’re going to take me to a mental health facility, or it’s going to slow down my process of getting these signatures so I can go on leave. No one’s going to say yes to that.

They’re really trying to get it right and are putting in things that make the military a fair, equitable, tolerant, and giving space. It’s just become so bureaucratic that there’s no common sense, and they don’t give any thought to how people are going to react to these systems. Unfortunately, our policy has been putting people to the far left and the far right of the system, so they don’t participate at all, or they just try to circumvent the system.

What are some of the good and bad ways your service in Afghanistan affected your life when you returned home?

One of the great things about my service was that it taught me a lot about my capabilities. You can be in situations and things get difficult, and you may not want to do them. I learned a lot about how resilient I can be. I think that is a takeaway that I lean on today when things get rough.

I struggle with alcoholism, probably as a result of some undiagnosed PTSD. Up to this point, I haven’t sought treatment from the VA [Veterans Affairs]. I thought it wasn’t for me, like if I attach myself to some sense of brokenness or stigma, it would be more difficult to be the best version of myself. Not saying that’s true for everyone, but I felt it was true for me.

What has helped you cope and grow in healthy ways after the military? Have you ever tried speaking with a therapist or counselor? If so, can you describe what it was like for you?

I sought treatment for my mental health outside of the VA. I’d say I’ve had two meaningful mental health relationships with physicians since my departure from duty in 2010. When I was a reserve, I didn’t [seek mental health treatment] and probably should have. I started seeing somebody when I was officially on IRR [Individual Ready Reserve]. They diagnosed me with generalized anxiety disorder and I’ve been diagnosed with adult ADHD. But where I went for therapy, these people didn’t know anything about PTSD, and they were looking to officially diagnose and I was just looking to feel better, so I didn’t care if they officially diagnosed it or not.

Can you describe what those more meaningful mental health relationships were like in the past? Were they helpful or not?

The first relationship was not helpful, and that’s ultimately why I discontinued [it]. This was more like therapy—she wanted me to talk about all the [stuff] that happened in Afghanistan, she wanted me to get into detail, she was always challenging me, and I enjoyed it to a degree. But I remember then feeling [worse] for the subsequent two or three weeks until I went to see her again. In the process of constantly feeling worse and not seeing any real resolution in my near future, I was like, “This isn’t helpful for me.” They say don’t compartmentalize your feelings, that it’s not good to put stuff away—but I was like, “That’s working for me, that’s helping me be productive.” So, I just got it in my head that these mental health professionals were wrong.

The best [mental health relationship] I had was when I was kid, helping me deal with the obsessive compulsive disorder that I had as a result of sexual abuse. I [had] really bad OCD as a kid. And I’m not OCD at all anymore, so it’s the only thing that I can point to in my mental health and say, “They totally healed me of that.”

How important is it for veterans to connect with other veterans for support?

It’s a must. But it has to be the right relationship. Not every relationship you have with someone that you serve with is going to be healthy. You spend a lot of time with people who are really down, depressed, and struggling, and you can’t help but be sucked into that feeling. They need to be people that are lifting you up and holding you accountable.

You’re not going to be everything to everyone, but you’ve got to have a core group of guys, gals, or whoever you served with. As much as I said people are allowed to have an opinion and hold us accountable [even though] they didn’t go to war, there is also a ton of value in talking to someone who has been through exactly what you’ve been through. I’m a better and healthier human being because of it.

Is there anything else you’d like to add or mention?

People can find me at @TheRealDocTodd across all social channels. Combat Medicine is available on iTunes, Spotify, Google Play, and Amazon. If people want to get in touch with us, we’re really responsive. We’re answering messages, we’re working hard to build relationships, and we’re thankful for all the support we get. And we just want to help facilitate positive change in the veterans’ mental health and suicide space.

I love all you guys—I love all my veterans across every branch of service. You guys and gals are heroes, and I just want you to lift your head up and put your chest out and live a great life, and we’re here to help support you do that.