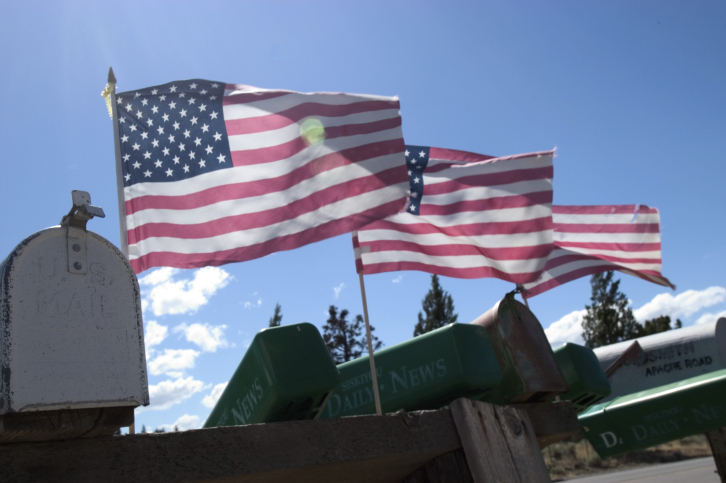 An Inspector General’s report released last month from the Department of Veterans Affairs (VA) found some calls to the agency’s suicide prevention hotline were misdirected to voicemail—a violation of the agency’s policy. The revelation, coming nearly two years after the initial complaints, prompted widespread media coverage.

According to Deputy Secretary of Veterans Affairs Sloan Gibson, however, changes were well underway to the agency’s Veteran Crisis Line (VCL) ahead of the report’s release. They include the hiring of dozens of staffers at the Canandaigua, New York call center and relying less on backup call centers, which some reports suggest are manned by under-trained volunteers.

The report clarifies that the calls misdirected to voicemail had each been diverted to backup centers, which are utilized only when call volumes overwhelm the main center’s capacity.

Beginning in 2014, at least 23 calls were mishandled and did not provide immediate assistance to the caller in need, according to the report. Due to both technical mishaps and communication breakdowns, some callers were routed to voicemail at backup centers while others experienced significant on-hold wait times. Some calls were bounced between multiple backup centers, further increasing the delay.

Investigators were unable to substantiate a claim that one caller was left waiting three hours for an ambulance to arrive, nor did they find personnel at the backup centers lacked appropriate training.

The demand for assistance at the VCL has grown steadily in recent years, with the VA continually adapting to meet those needs. As of April 2015, the VCL reported having 255 full-time, crisis-trained mental health specialists and responders. More than 90 new responders had been hired in 2013 to adjust to the rising demand.

The recommendations made in the Inspector General’s report include stronger training of responders at all call centers and the development of a quality assurance process aimed at identifying issues within the phone system based on analyzing and tracking call center data.

The agency also plans to add an additional 88 full-time responders to the New York call center by the end of 2016.

The number “22” has been regularly quoted as an estimate of daily veteran suicides in the U.S. since first being published in a VA study in 2013. Some researchers and news organizations have questioned the context in which that number is most frequently used, specifically the assumption that the majority of those losses involve veterans of conflicts in Iraq and Afghanistan.

A segment from NPR’s All Things Considered aired in October questioning the public’s perception of the daily estimate and citing a Pentagon epidemiologist. Likewise, the Los Angeles Times published an article in 2013 focusing on the “misunderstood statistic.”

The original study confirms the majority of veteran suicides in the U.S. actually involve individuals whose service pre-dates both Middle East conflicts. Nearly 70% of the report’s estimated 22 daily incidents involve veterans older than 50.

Males are four times more likely to die by suicide than females, accounting for 79% of all U.S. suicides, and males older than 50 account for 30 per 100,000 suicides in the U.S. Many veterans fall in these demographic categories as well, suggesting other factors may be significant in the number of daily veteran suicides.However, an extensive investigation by The San Diego Union-Tribune found that between 2014 and early 2015, at least 27 area veterans younger than 45 died as a result of suicide. The paper notes its readership area comprises “the nation’s largest hub of Iraq and Afghanistan war-era veterans” with nearly 28,000 local veterans having served after 9/11.

The original report identifying the number of daily veteran suicides as 22 arrived at its estimate using death records from 21 states. This excluded data from some of the states housing the largest number of veterans, such as California, Texas, Georgia, Arizona, and North Carolina, so critics of the study say the number may be much harder to pin down.

According to data from the Centers for Disease Control and Prevention, males are four times more likely to die by suicide than females, accounting for 79% of all U.S. suicides, and males older than 50 account for 30 per 100,000 suicides in the U.S. Many veterans fall in these demographic categories as well, suggesting other factors may be significant in the number of daily veteran suicides.

Efforts have increased in recent years to deal with not only the human tragedy, but also the difficulties in researching the matter to better define the landscape. While more targeted research can potentially offer a better understanding of which soldiers are at higher risk and why, attaining accurate suicide data has historically been complicated by interagency restrictions and tighter patient confidentiality.

Identifying which soldiers are at the greatest risk is not always intuitive. For example, a 2014 report utilizing records from the Defense Manpower Data Center determined soldiers deployed to Iraq or Afghanistan are 41% more likely to die by suicide than a member of the general public, yet non-deployed soldiers were found to be 61% more likely.

Conversely, both groups of soldiers were deemed less likely to die of all other major causes compared to the general population.