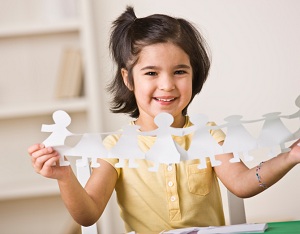 When “Jeanette” and “Tom” began their adoption journey six years ago, they couldn’t imagine having regular contact with their future child’s birth parent. They had concerns about open adoption, and worried that it would be confusing for their child. Now the busy parents couldn’t be more confident that an open adoption was the right choice for their family. Their son, “Brandon,” feels loved by two families, is comfortable talking about his adoption, and has no confusion about who his biological parents are.

In contrast, many adults who grew up with closed adoptions describe feeling confused, frustrated, and even angry at the lack of information about their biological background. With the growing recognition that adoptees have a right and a need to know about their birth-family history, most members of the adoption community acknowledge the benefits of openness for all members of the adoption triad: the adoptive parents, birth parents, and most importantly the child.

With an open adoption, adoptive parents gain an understanding of their child’s heritage and where certain traits may come from. Many birth parents discover that openness can help ease their feelings of grief and loss, and they find comfort in seeing the child grow and thrive. It can be an opportunity for birth parents to build a connection with their biological child and share in the child’s accomplishments. For adopted children, openness means getting answers to questions like why their birth parents could not raise them, and who they look like. For many children, hearing their adoption story directly from their birth parents can help minimize feelings of rejection, which are prevalent in closed adoptions. Having some contact with biological relatives, or at least having some information about them, can be an important factor in helping children process feelings of grief and loss.

It is understandable that prospective adoptive parents feel nervous about entering an open adoption. After all, they are eager to claim their new son or daughter as their own, and may fear that the child will be confused about who his “real” parents are. The prospect of dealing with birth parents may seem threatening to new adoptive parents, or it may feel like an unpleasant complication during an already overwhelming time. Some people who choose international adoption over domestic adoption do so in part to avoid dealing directly with the child’s birth family.

Openness can be frightening for birth parents as well; they often worry that it will be too painful to see their biological child, and that openness will interfere with moving on with their lives. However, birth parents involved in open adoptions generally report that openness has helped them move on because it minimizes their anxiety about how the child is doing.

Many adult adoptees have spent a lifetime wondering about their birth parents: their appearance and personality traits, their reasons for choosing adoption, and how their lives turned out. Happily, the majority of domestic infant adoptions now involve some component of openness. In some cases this means a semi-open adoption including a combination of letters, e-mails, phone calls, video chats, or visits. In a fully open adoption, there is a continuing relationship between the child and at least one birth parent. In some cases, openness essentially leads to the blending of two families, with extended family members in the birth and adoptive families building relationships as well.

The path to openness can be different for each family. Some adoptions are fully open from the beginning. Other adoptions become more open as circumstances change and evolve. Adoptive parents may discover that they are comfortable with more openness than they initially thought, once they feel settled and bonded with their new child. Similarly, birth parents may have an easier time with contact after some time has passed and they have had a chance to grieve.

While openness has become the norm in domestic infant adoptions, it is not always possible or wise in foster care adoptions. Children adopted through social services usually were removed from their birth families owing to abuse and neglect. Adoptive parents are understandably hesitant to expose their children to the very people who hurt them. However, some adoptive families do find ways to have some degree of openness with birth parents who have overcome drug dependency and other severe problems. If contact with birth parents is not safe or advisable, it may be possible to have contact with extended birth family members such as aunts, uncles, and grandparents. Social workers often are able to facilitate contact, such as letters and pictures, when adoptive parents are not comfortable with direct contact.

Ideally, adoptive families should consider establishing or maintaining contact with their child’s biological siblings placed in other adoptive families—especially if they lived together prior to placement in foster care. “Sarah,” who is 45, adopted her daughter “Megan” from foster care at the age of 5. Being separated from her siblings was devastating for Megan, and she cried inconsolably at times. Feeling that her daughter had lost so much already, Sarah didn’t want her to lose her siblings too. Consequently, she ensures that Megan sees her birth siblings—who were placed with other adoptive families—as frequently as possible. When it is feasible, adoptive parents can give their child a precious gift by nurturing their sibling relationships.

Open adoptions can offer wonderful benefits to all parties involved. They can also be complicated and disappointing at times, for any or all of the participants. Adoptive parents need to prepare for the possibility that birth parents may drop in and out of their child’s life unexpectedly, or let the child down sometimes. They must also be aware that open adoption can bring up difficult topics that are hard for children to understand. Birth parents should understand that the adoptive parents may wish to reduce the level of openness if they find that contact is upsetting to their child. Most families in open adoptions believe that the ups and downs are worth it; they know that the child will usually be better served by having further information about his or her own story and having more people who care about the child.

A post-adoption contract can be helpful in defining the level and frequency of contact—with the understanding that the agreement can be modified in the future. As the child gets older, he or she can participate in decisions about ongoing contact. A successful open adoption requires commitment and respect from the birth and adoptive parents, as well as flexibility and understanding as needs change. A fully open adoption may not be right for every family or situation. However, semi-open and open adoptions can be very enriching and healing, especially when all parties are focused on the child’s needs first.