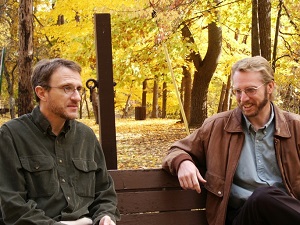 Imagine you are in a conversation and—bam!—the other person just said something that is not sitting well with you. Were you attacked? Were you put down? Is the other person jealous? What’s going on here? This is where reactive thoughts and behaviors tend to happen, and the outcome isn’t always pretty.

Sometimes, it may be better to hold your tongue than to say or do something you may later regret. Big surprise, right? But listen—I’m not saying you should forget about the experience or pretend it never happened. What I’m suggesting is to not just react in the moment and spout off. Instead, take some time away and reflect on the experience. There is always time to come back to the situation or person and share your thoughts.

So let’s play this out. Let’s say you are talking with a friend or loved one who suddenly says something that affects you in a negative way. Before you say, “Well, they made me angry” as a justification for your reaction, I will remind you that no one makes us anything. The other person may say something, but you choose to be angry, sad, or whatever. Anyway, you just heard something and have concluded it is upsetting. You could certainly challenge the other person: “Hey! What are you saying? You can’t talk to me like that!” It’s possible he or she will back down and even apologize. However, if your tone, body language, and other factors are not perfectly aligned for the other person, the outcome may not be as you would hope. In fact, the other person may be angry at your response and wondering what you’re so upset about. You thought maybe he or she was attacking you, and now you wait to see what will happen next. But the conversation does not have to go this way.

What if you choose not to respond and the conversation ends? You could go about your way and review the interaction later that day. “What happened? Was that statement meant to attack me? Hold on. Maybe I didn’t understand that quite right. What if that really was not about me at all?”

Personally, when I am at my best, such reflection allows me to take that needed step back and not simply be upset. I can then see alternative explanations: Maybe I missed something he or she said just before this and I took the statement out of context, or maybe he/she was giving an example and I mistook it as an attack on me.

Let’s say I then come back to my friend tomorrow and ask him or her about that comment. “Hey! Yesterday you mentioned blah, blah, blah. Maybe I misunderstood. What did you mean by that?” I cannot begin to tell you how many times I have then heard something other than what I first understood it to be.

How does this happen to us? Two primary reasons I see: (1) We were not really listening in the first place, and (2) we made assumptions about what we had heard (and you know what can happen when we make assumptions).

How many times have both scenarios happened to you? You are not alone. The key here is to back out and make sure what you think you heard was indeed correct. Yes, there are times when someone says something not so nice. There are far too many times, though, where we just misunderstood the moment. Try to make it a point to think about these situations and how you can avoid them. Good luck!