Turning Toward Our Fundamental Need for Connection 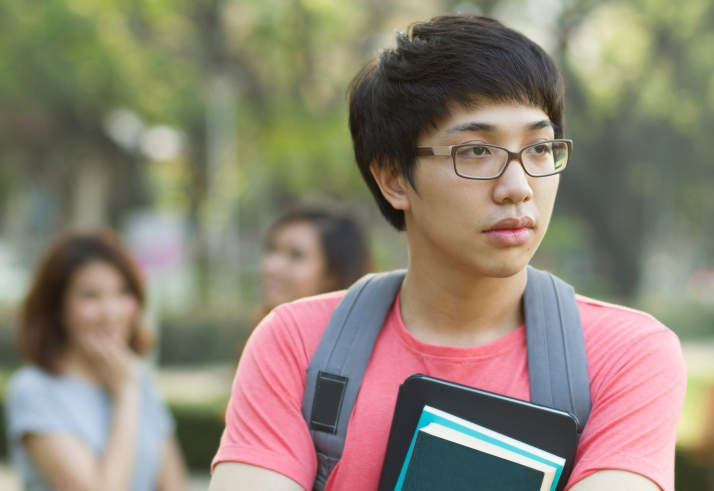 1980s America produced more than cocaine habits and eccentric hairstyles. Major changes in how we conceptualize and treat mental health issues emerged, perhaps most noticeably with the addition of the category “mood disorders.” A lot can be learned about our current state of mental health treatment by observing the final two decades of the 20th century.

In 1980, the third edition of the Diagnostic and Statistical Manual of Mental Disorders (DSM) was published (it’s now in its fifth installment). With the DSM-III came the introduction of “bipolar disorder” and the replacement of its former title: manic depression. With this new “disorder” came new drugs to treat it.

The U.S. Food and Drug Administration approved the antidepressant Prozac for the American market in 1987, followed by Zoloft and Paxil in subsequent years. The early ’90s saw a host of new, atypical antipsychotic medications, including Abilify, Seroquel, Zyprexa, and Risperidal, as patents expired on drugs such as Haldol. The preferred method of pharmaceutical treatment in the ’70s and ’80s for mood disorders, such as manic depression, was lithium, so what changed?

Psychiatric and consumer preferences shifted toward antidepressant and/or antipsychotic medication to treat disorders of the mood. In the United States, there were more than 51 million prescriptions of antidepressants and antipsychotics in 1991, but by 1998 that number rose to almost 134 million. A major influence on shaping prescribing preferences was direct-to-consumer marketing that began in 1997. This allowed pharmaceutical companies to advertise the benefits of their prescription drugs by brand if they clearly noted the drug’s side effects in the ad (Martin, 2007). Lithium is a natural element and therefore not patentable, which is why there are no commercials directed at potential consumers or prescribing practitioners.

The Alienation of Diagnosis

The end of the 20th century in America misled consumers and many mental health professionals to believe that issues such as depression are always the result of a “broken brain” or a serious brain “disease.” The ostensible “cure” Categorizing and stereotyping both act to alter one’s behavior and in turn, one’s relationships. Take, for example, the story of my rescue dog. The term “rescue dog” conjures up ideas about the canine’s past in a similar way that a category or stereotype might create stigma.for many of these conditions would therefore be medical interventions such as taking psychotropic medications. This paradigm of treatment defines the problem as a disease or long-term ailment with a needed cure. The problem is viewed as internal to the person (i.e., in the brain), with a stable or chronic course, and the effect being general across many areas of the individual’s life (Castillo, 1997). For some, this news may be reassuring as relief may be found via scientific knowledge and understanding (e.g., diagnosis). For others, having a “disorder” may reinforce feelings of alienation.

Having something wrong with one’s brain may suggest that he or she is “misprogrammed” and, therefore, genetically different from other human beings. For these individuals, this paradigm of treatment often promotes a sense of hopelessness and helplessness while potentially aggravating the root problems (Castillo, 1997). If the impairment is lodged in one’s brain, it may feel as if there is a loss of agency or control over circumstances.

This lack of control and trajectory of illness is no more apparent than with the concept of schizophrenia. The perceived chronicity and severity of this category is apparent to many. Studies have found that individuals who have experienced psychotic symptoms are at greater risk for suicide when their presentation is explained using medical jargon such as with the DSM (Kingdon and Turkington, 2005). Contrarily, constructing the problem within a social and environmental scaffolding preserves agency for the individual.

Pitfalls of Categories and Stereotypes

Categorizing and stereotyping both act to alter one’s behavior and in turn, one’s relationships. Take, for example, the story of my rescue dog. The term “rescue dog” conjures up ideas about the canine’s past in a similar way that a category or stereotype might create stigma. Think about the now-dispelled myth that mental health concerns cause individuals to be more violent, which is not unlike the idea that a “rescue dog” is damaged in some way.

The idea that we have self-control over what happens in life is so appealing and desirable. As the business of treating mental health grows into corporations, Emily Martin (2007) offers the mental health field a question: Can we as individuals master a sense of authority, tranquility, and sanity by managing our own internal subjectivity? Alternatively, can we move beyond self-perception and turn toward our relational fears?

I have since abandoned the 20th century framework of “mental illness” that categorizes subjective experience as disease with a stable cure by instead seeing through the lens of culture and relationships. Essentially, we all have a fundamental need for connection and a unique story or background that brought us here. This simply means my copy of the DSM-5 now acts as a prop for the other books around it. It is no longer a weight holding my clients down.