Trauma Linked to Betrayal by Institutions, and Other News 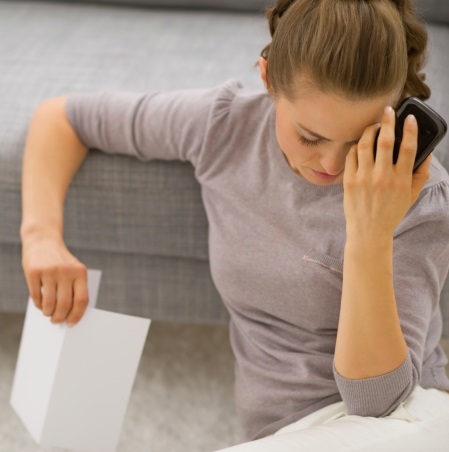 Being betrayed by a loved one is painful enough, but people betrayed by large institutions can also experience anxiety, depression, and hopelessness, and they may also believe that no institution will protect them. In a new paper, two researchers from the University of Oregon urge mental health professionals to learn the signs of institutional betrayal and acknowledge its effects.

The paper focuses on the institutional betrayal of schools that inappropriately handle sexual assault cases, and offers recommendations for a host of other scenarios, such as discrimination. Psychologists and mental health professionals, according to the paper, should acknowledge the traumatic effects of being harmed by an institution that was supposed to offer protection. Betrayal by an institution in the aftermath of an experience like sexual assault is likely to exacerbate effects of the original trauma, too.

The researchers authors also emphasize the importance of acknowledging one’s own role in institutional structures. Mental health professionals may be part of institutions themselves, and can behave in either healing ways or in ways that perpetuate and exacerbate institutional betrayal.

After fighting for a year and a half over whether Kaiser Permanente blocked access to mental health care services, Kaiser is paying a $4 million fine to the overseer of California’s managed health system. Kaiser was accused of creating long waits for mental health care, providing patients with inaccurate educational materials designed to discourage them from seeking proper care, and maintaining duplicate patient records with contradictory information.

Cognitive-behavioral therapy (CBT) can be highly effective at treating postpartum depression. For busy women struggling with the condition, though, getting into a therapist’s office isn’t always easy. A small study of 24 women struggling with depression after childbirth found that online CBT can help clients move toward recovery, and the study’s participants found that therapist-assisted online CBT was flexible and convenient.

Men Enjoy Competition, But So Do Women, Researchers Find

Kids Eat Better if Their Parents Went to College

According to results from a new survey of 1,000 students, children eat more vegetables and drink fewer sugary drinks if their parents attended college. Even among this group, though, nutrition is sorely lacking. The majority of children still don’t get enough low-fat milk or whole grains, and children continue to eat prepackaged foods and unhealthy lunch items such as French fries.

A new study has found that wives who are happy in their marriages have happier husbands, regardless of how the husbands feel about the marriage. This may be because women who are happy are more likely to do things to help their spouses. Women were less happy when their partners got sick, but men’s happiness didn’t change as much when their wives were sick. Researchers speculate that this may be because women do more caregiving in their relationships, so a partner’s illness yields more work.

Dogs Can Be Pessimists, Too

Most people think of dogs as blindly happy, but a new study has found personality differences in pessimism among dogs. Dogs learned to associate two sounds that were two octaves apart with getting either milk or water. Once dogs learned the difference, researchers then presented them with “ambiguous” tones. Some dogs were more responsive to these ambiguous tones, and researchers speculate that this may be because those dogs believe good things will happen, in contrast to more pessimistic dogs who do not have such a belief.

Domestic Violence Perpetrated by 1 in 5 Men

A representative study conducted by the University of Michigan has found that 1 in 5 men admit to engaging in acts of domestic violence against a partner. The study also found that insomnia and irritable bowel syndrome can be warning signs associated with domestic violence.