The Fatal Effects of Transphobia 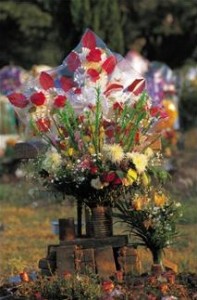 In May this year, 16 people lost their lives to transphobic violence and hate: 11 in Brazil, and one each in the Dominican Republic, El Salvador, Guatemala, Mexico, and Venezuela. I know, because just a couple of days ago I read aloud the names of each departed soul at the annual Transgender Day of Remembrance (TDoR) observance in Oakland, CA. Of course, not all the names were known. Most were women, transgendered women, and if their names were not known, we usually knew something of where they lost their lives: their apartments, the street, a bathroom, on a bus… In May, their ages (if known) ranged from 15 to 39. Mercifully, I did not have to read the details of how each person was murdered. After each name, or “name unknown,” a small gong sounded, and I went on to the next person on the list.

When we finished reading the roll of the dead from Nov. 20, 2010 through Nov. 19, 2011, we found we had a significant increase, from the previous year. Transgender people (again, mostly women) are tortured, shot, strangled, burned, stabbed, beaten, dragged to death, or have their throat slit. Death comes suddenly. In the street, on the bus, at home. Frequently, they are dismembered, as Shelley “Treasure” Hilliard was in Detroit, earlier this month – her burnt torso found next to a freeway.

Sometimes they have also been raped.

Transgender Day of Remembrance was founded in 1998 by Gwendolyn Ann Smith, in response to the murder of Rita Hester. Rita was stabbed over 20 times in her chest, while at home in her Massachusetts apartment. TDoR has since become an international day of action and mourning. However activists who organize local observances, such as Tiffany Woods, program coordinator for the TransVision Clinic in Alameda County, CA, are sick of the continuing carnage. “I am angry that we still have to put on this memorial, and yes, it is a memorial.” Woods writes, “The murder and violence continue.”

Such mayhem is sickening, uncivilized, and dangerously out of control. The violence against trans women, in particular, also contains a measure of misogyny which should alarm us all. Trans men are also not immune to the violence born of profound ignorance, nurtured in a culture of hate for all who do not conform to the narrowest (and most artificial) binary standards. Trans and gender variant people are subjected to incidents of violence and discrimination which are inflicted on them simply because of their gender expression. We already know that racism, sexism, and homophobia are not only morally wrong, but ultimately counterproductive for a civil society. We need to add transphobia to that list.

As mental health and complementary professionals, we must do a better job of countering the corrosive and brutal effects of transphobia (as well as all other forms of prejudice, social injustice, and hate). If we are presently uncomfortable with serving gender variant and trans people, we can get more training and broaden our understanding of people with non-binary gender. We can even learn to use new pronouns, such as the gender-neutral “hir,” “ze,” or “zir.” Better yet, we can learn to ask people what pronoun they prefer.

We also have easy access to helpful resources, such as the protocols and reports found on Center of Excellence for Transgender Health website (http://www.transhealth.ucsf.edu/protocols); and the ACA ALGBTIC Competencies for Counseling Transgender Clients (http://www.counseling.org/Resources/Competencies/ALGBTIC_Competencies.pdf).

I also recommend reading the executive summary of Injustice at Every Turn: A Report of the National Transgender Discrimination Survey (at least!) and many of the excellent publications also found at the Transgender Law Center (http://transgenderlawcenter.org/cms/content/publications). There is no longer any reason for helping professionals to remain uncertain or ignorant about how to assist trans and gender variant clients. The trend now is to consider transgender medicine as primary care medicine – and the other helping professions will follow this course.

As the mother of a trans man, I also know that families attempting to love and cherish their gender variant children are seldom supported in their communities. Such children are still bullied in their schools and treated as pariahs in their neighborhoods. Such cruelty inevitably crushes the young people who are reviled and tormented. According to Laura’s Playground (www.lauras-playground.com), “the Transgender Transsexual suicide rate is 31%” and “over 50% of Transsexuals will have had at least one suicide attempt by their 20th birthday. Even more self harm themselves daily either by cutting or self mutilation.” For every trans person who escapes suicide or self-harm,  there is the threat of violence or death at another person’s hands. And for every person who dies simply for being transgendered, there is a mother or father or some other family member or friend who knows what the world has lost.

There are so many opportunities here to show kindness and understanding, and to offer competent, informed, professional assistance to people stressed and stretched beyond the breaking point. You may even save a life or two. There is every reason to get involved and nothing to fear but ignorance itself. And as a mother and a colleague, I will thank you.

Related Articles:
Body Image in Transgendered People
Gender Rules: How Does That Make You Feel?
One Teen is Too Many!