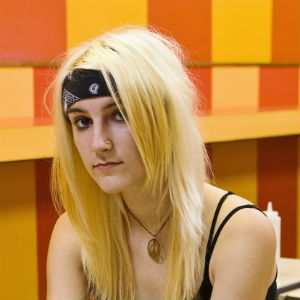 In my last article on GoodTherapy.org, I explained at length my objections to two news articles as examples of a flawed and inadequate way of looking at treatment options for transgender and gender-nonconforming children and adolescents. One was the provocatively titled “Transgender Kids: Have We Gone Too Far?” featuring interviews with Dr. Ken Zucker and Dr. Alice Dreger. The second, more reasonable but still reductive piece was the Sunday Dialogue for The New York Times called “Our Notions of Gender” by Dr. Jack Drescher.

Here, I want to describe a better treatment approach. But first I need to summarize my arguments in my last piece.

Zucker and Dreger imply that the increase in TGNC children is due to an Internet fad and the actions of mentally disturbed parents (Dreger: “A lot of the parents aren’t well in terms of their mental health”). They imply that therapists and medical doctors working with these kids and families are too uncritically accepting of these children’s atypical gender expression and identity. Zucker and Drescher have described what they characterize as THE three treatment options: (1) discouraging cross-gender expression and identification, an approach developed by Zucker, (2) “wait and see” how the child evolves (not sure how long the “wait and see” is supposed to last), and (3) support early social transition (not sure what constitutes “early”).

My objection to this model, first, is that option No. 1 is frowned on by the World Professional Association for Transgender Health (WPATH) in its latest standards of care (SOC): “Treatment aimed at trying to change a person’s gender identity and expression to become more congruent with sex assigned at birth has been attempted in the past without success … particularly in the long term. … Such treatment is no longer considered ethical.”

As long ago as 2000, the late gay psychiatrist Richard Isay condemned this treatment as a form of “reparative therapy” for young queer children. We have increasing evidence that gender-nonconforming kids experience great mental distress from the reactions of others, and that those who are forced to conform to the gender stereotypes of their natal gender suffer most. This treatment creates or contributes to mental health issues in children; that’s why WPATH has effectively banned it.

My second objection to this presentation of treatment options is that option Nos. 2 and 3 are falsely set in opposition to each other, as though some clinicians always “wait and see” and others always encourage early transition. In real life, treatment is much more nuanced. Most progressive gender therapists today use what has been called an “affirmative approach” to working with transgender and gender-nonconforming (TGNC) children.

Arlene Lev, founder and clinical director of Choices Counseling and Consulting and TIGRIS (Training Institute for Gender, Relationships, Identity, and Sexuality) describes this treatment in an email dated March 30, 2014: “Affirmative models include a) nurturing the emerging gender identity of children and youth regardless of whether it is typical or atypical, b) developing protective strategies to support them within hostile environments, and c) supporting families and social institutions to become more gender flexible, so that gender-nonconforming children are integrated within their communities and supporting parents and institutions that are already advocating for their children, because they are often isolated and under public scrutiny.”

Clinicians using affirmative approaches see gender variance as normal, inborn, and unfolding over the child’s development. We begin with thorough assessments, based on multiple data sources, to determine the child’s gender expression, how it has evolved developmentally, and how it is being impacted by family, school, peers, and community. But we do not believe it is desirable or even possible to try to change a child’s gender identity or gendered behavior.

Rather, our job is to follow the child as he or she matures and support in whatever ways are possible. We recognize that these kids need to be affirmed, validated, and protected, and our task is to see that this happens so that the child grows up without experiencing debilitating distress. Most of the time, this can be done without socially transitioning prepubertal children. Sometimes, transition is the best option to alleviate the child’s suffering, with the alternative being to allow a child to experience major depression and suicidality over an extended period.

As Jean Malpas, director of the Ackerman Institute’s Gender and Family Project, says in an email dated March 26, 2014: ” ‘One-size-fits-all,’ one model, does not work with the complex population of gender creative, dysphoric, and transgender youth and families coming to consultation. ‘Social transition’ for ALL or ‘wait and see’ for ALL does NOT work optimally with the gender-diverse children in therapy. We need more refined and flexible clinical management strategies. While some children are consumed with gender dysphoria and need to be affirmed and socially transition early in childhood, other children can benefit more from a prolonged positive and affirmative exploration outside of a permanent binary decision or without social transition. Thorough clinical evaluation with the child and family is always at the basis of any clinical decision and emphasis, and this decision is only made after a long period of evaluation and support.”

On the surface, it is understandable why “wait and see” is appealing. It seems more cautious and evidence-based. The few longitudinal studies of TGNC kids have usually shown that a sizable percentage, often the majority, of these kids become more comfortable with their assigned gender in adolescence and often grow up to be gay or bisexual but not trans-identified. But the studies have also been criticized because a huge number of subjects were lost to follow-up, the percentages of “persisters” versus “desisters” vary widely, there are problems with subject selection, and research definitions of “transgender” do not include those who may have a trans identity but not full surgical transition. In short, the data are incomplete and open to interpretation.

But we do know some things. The treatment of TGNC young people who have reached puberty is more clear-cut. For example, research by Norman Spack and others suggests that the onset of puberty is a critical time for TGNC kids. Some children grow greatly distressed as their bodies begin to develop the secondary sex characteristics of their assigned gender, such as breast growth, changes in body shape, or facial hair. These children virtually never become “desisters.” For these young people, the best treatment often involves the use of puberty-suppressing medications, which are fully reversible, cross-gender hormones at age 16 or later, and social transition in high school.

WPATH indeed urges caution with prepubertal children and advises against early social transition. And the most progressive gender therapists I know are also cautious but flexible. Therapists who work with TGNC children quickly learn that gender-identity issues in children are complex, and a rigid stance of any one position is ineffective and inappropriate. To begin with, many TGNC children do not WANT to socially transition; they merely want to be seen, validated, and allowed some outlets to express themselves authentically. And certainly, few parents are eager for transition, despite what Dreger implies. But there are undeniably times when early social transition is necessary to protect the mental health and even the safety of the child.

Moreover, affirming a child’s gender expression does not preclude allowing for fluidity and change. Malpas describes this as a “both/and” approach in his paper Between Pink and Blue: “Children can both affirm their identity and understand the demands of a world mostly organized around the mutually exclusive binary of gender. Parents can both nurture their child’s singularity and operate as mediator between the child’s wish and the social reality.” (p. 457)

Ideally, parents and child can find ways for the child to feel comfortable in their gender expression in enough settings, including some with other gender-creative children, so that he or she can tolerate not fully socially transitioning. But school and community do not always cooperate. In some areas, support and psychotherapy groups are available for TGNC kids wherein the children can meet peers “like” them, but these groups are currently few and far between. Not all TGNC children will be satisfied with expressing themselves only at home and among trusted friends. Some will become profoundly depressed, even suicidal, if unable to live as their affirmed gender all the time. Early social transitioning doesn’t look reckless compared to allowing a depressed child to suffer.

Therapists who argue against any early social transition fear that if the child’s gender identity does start to change as they get older, the child and parents will be so invested in the transitioned identity that it will be impossible to “turn back.” But affirmative therapy for TGNC kids and their parents includes psycheducation about outcome research and gender fluidity so that both parents and children can tolerate some ambiguity and be prepared for change as the child matures. And it is reasonable to believe that children who have been strong enough to buck gender stereotypes and be vocal about nonconforming gender expression will also be strong enough to assert their true selves if their identity becomes more fluid.

Thus, when choosing treatment options for their children, parents shouldn’t be asking, “Does this provider advocate options suppressing gender expression, waiting to see what happens, or jumping into social transition?” The real questions parents should ask are these: Does the provider of treatment view TGNC kids as mentally ill because gender nonconformity is assumed to be pathological? Or does the therapist see nontraditional gender expression as normal, varying along a continuum, something to be supported and affirmed? Will the therapist support my child and my family in our unique journey, or will the therapist view us all, parents and child alike, as “mentally ill”?

Zucker, the architect of the “discourage” approach, has openly acknowledged that he subscribes to a “pathology view” of gender nonconformity and gender dysphoria. He views a transgender outcome for these children as undesirable and, despite a complete lack of evidence to this effect, believes this outcome is preventable.

It is true that we need more and better outcome research on TGNC children, including those who undergo early social transition. But in the meantime, we already know a lot about how these kids should be treated. We know they need affirmation and validation rather than messages that tell them that their gender nonconformity is bad, wrong, or pathological. We know that discouraging cross-gender behavior is futile and potentially harmful.

In the absence of definitive research indicating which young children will persist in their cross-gender identities and which will modify their gender expression as they reach adolescence, the best we can do is use a nuanced approach in which each child’s treatment is both individualized and flexible.