Topic Expert Roundup: What Can Be Done to Address Suicide? 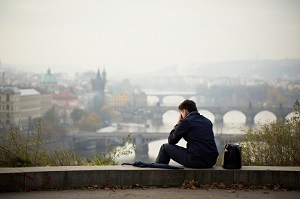 The latest figures from the Centers for Disease Control and Prevention, from 2010, show that suicide is responsible for more deaths (38,364) than motor vehicle accidents (33,687) in the United States. But if suicides are vastly underreported, as many scholars and researchers insist, the official statistics don’t account for the true scope of their tragedy.

Consider, also, that for every completed suicide, there are between eight and 25 attempts. Add it all up and you’re left with immeasurable hurt and despair among not only those with suicidal thoughts, but their loved ones as well.

Suicide rates have been rising steadily since 2000, when—at 10.4 deaths per 100,000 people—they’d fallen to a 10-year low. That number had climbed to 12.1 by 2010. The CDC hasn’t yet arrived at figures for the past two-plus years, but the upward trend was expected to continue.

But why? For a person teetering on the edge of life, what ultimately tips the scale from hope to hopelessness? The reasons people take their lives vary greatly, of course, but research shows that socioeconomic status, sexual orientation, and gender identity are common issues that people considering suicide wrestle with. Depression and substance abuse are considered among the strongest risk factors.

In an increasingly demanding and complex world, can the rates of suicide and suicidal ideation realistically be reduced? How? What steps can people take to help loved ones who may be feeling suicidal? What makes suicidal ideation so challenging from a therapeutic standpoint?