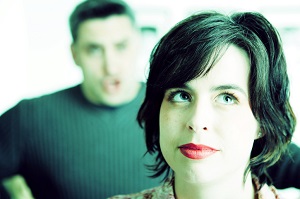 The way we express ourselves to our partners really does matter, especially when we are communicating complaints. A statement that starts with “you” or uses the words “never” or “always” will likely be interpreted as blaming and will beget a defensive response. Once a conversation dissolves into attack-and-defend, the issues at hand will be left unresolved.

Although statements such as “You never put your clothes in the hamper” or “You’re always late” look, feel, and sound like complaints, they are actually requests for a partner to change his/her behavior, expressed in a frustrated, angry, or negative way.

Making a conscious effort to turn complaints into positive requests will transform couples’ conversations from ones of blame and anger to those that lead to resolution and connection. The dialogues below show the different results when “Travis” complains to “Kari,” first in a negative way and then by using a positive request:

Travis: You spend too much time on Facebook. (Negative complaint)

Kari: No, I don’t. That’s how I keep in touch with all my friends. (Defensive response)

Travis: Every night when I get home you are at the computer. You can barely tear yourself away to greet me. And then after dinner you’re back at it. It’s taken over your life! (Criticism and blame)

Kari: Yeah, and you are out with the guys three nights a week playing baseball! (Anger and blame)

Travis: At least that will keep me in shape. (Passive-aggressive dig)

Kari: Are you saying I’m not in shape? (Anger and hurt)

Travis: No. I just think you should exercise.

Travis: Honey, I’ve been feeling lonely lately. I loved when we used to watch our shows together and cuddle. (Positive request; owns the problem)

Kari: Really? I had no idea you felt that way. (Empathetic and curious)

Travis: It seems like you’ve become more involved in Facebook. I know you like to connect with your friends, but when you are on the computer at night, we miss our “us” time. (Validates partner’s needs and asks for his needs to be met)

Kari: Yes, and with you being gone three nights a week for baseball, we have less time together. (Joins in identifying the problem)

Travis: I would love if you would come watch our games sometimes. Some of the other wives are there. (Problem solving)

Kari: That sounds great. And I’ll cut back being on the computer at night when we are home together. (Joins in problem solving)

Travis: Thanks for talking about it. Let’s go watch our show—together!

You can see that the way this complaint or request is approached determines the outcome. Here are the three keys to change a negative complaint into a positive request.

The result of communication really does depend on how the message is presented. William Carlos Williams said: “It is not what you say that matters but the manner in which you say it; there lies the secret of the ages.”