The Power of Therapy Misused: How You Can Use Your Power to Help! 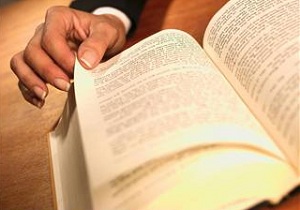 Note: The important issue that inspired this article was called to my attention several times . . . once by a trainee, then again by Noah Rubinstein during my web conference for GoodTherapy.org on the subject of transference, and again when, as a member of GoodTherapy.org I received their mailing about the petition I link to below. Many thanks to you, Noah, for your work helping to expose the dangers of the proposed DSM-5, and for offering me the opportunity to go even deeper into this issue.

a client and co-create healing and transformation
on every level of his or her being.**

Every form of power can be used well or misused.

Even God’s name has been used both to destroy and to heal. Christian Inquisitors burned midwives at the stake; zealots have committed acts of violence all over the world in the name of religion. In contrast, people of many religions pray for peace; practitioners all over the world speak different names for God as they lay hands on suffering bodies to touch hearts and souls and restore them to health.*

This is the beginning of the Prologue in my book, Power Abused, Power Healed. Since the book was published five years ago, unfortunately, I could add much more to that beginning . . . that list of how different forms of power can be used well or misused.
Some examples . . .

Political campaigns can be used to search for the candidates with the greatest integrity, self-responsibility, wisdom, experience, leadership skill, and heart. Or they can be used to buy power in government—without an ounce of concern for integrity, self-responsibility, wisdom, experience, leadership skill, or heart.

Government leadership can be used to follow through on a heartful commitment to pursue the best interests of the country and its citizens. Or it can be used to achieve the leader’s own agenda, including paying back personal and political obligations, amassing more power, and beginning to run for the next election, with no care at all for the good of the country and its citizens, although perhaps under a guise of care.

The practice of medicine can be used for the purpose it was originally intended—to heal and support healing, without doing harm. Or it can be used to make money, play God, drain people of their power, and wound people who are trying to heal.

Psychotherapy can be used as it was originally intended . . . to heal the soul.** Or it can be used as a band-aid and quick fix just to get people functional enough to send them back out on the streets, only to be haunted by their unhealed wounds without having any idea what is occurring.

The DSM—The Diagnostic and Statistical Manual of Mental Disorders—has been used for years by many practitioners in the psychotherapy world to diagnose, treat, communicate with each other. Some practitioners use it to help them try to understand the people with whom they’re working. But increasingly over the years, it has been used to communicate with the insurance industry and as a basis for prescribing medication . . . and has helped the insurance and pharmaceutical industries amass power they should never have, and use power in ways they should never have the opportunity to use it.

This is, sadly, not a surprise, as the New York Times recently reported that “two-thirds of the manual’s advisory task force members reported ties to the pharmaceutical industry or other financial conflicts of interest” including the head of the “Addiction Working Group,” who proposes adding “cravings” to the list of addiction symptoms, while at the same time, being a consultant to several pharmaceutical companies that market “anti-craving” drugs. ***

Something terribly distorted and alarming is in the process of occurring in relation to the practice and art of psychotherapy. It’s alarming enough that the insurance, pharmaceutical, and other involved interests have been moving therapy from the deep, true, soul healing force it is and can be, to a band-aid, get-them-to-function-quickly mockery. But now the group that updates the DSM periodically and adds new categories and requirements for mental illness and what constitutes mental illness . . . now that group is in the process of approving horribly distorted changes into the upcoming version of the DSM, the DSM-5. (For more information, please see The Open Letter to the DSM Task Force: http://dsm5-reform.com/the-open-letter-to-dsm-5-task-force/ )

In summary, the changes they are getting ready to approve make not only already-vulnerable populations even more vulnerable, but make us all vulnerable! Among the numerous concerns about the proposed changes:

Fortunately, alarmed by the misuses of power and the dangerous consequences, there are those in the field who are opposing these changes. One of the most prominent of these is Duke University professor of psychiatry and behavioral sciences, Dr. Allen J. Frances, who worked on previous versions of the DSM and oversaw the writing of DSM-4. Among his many concerns are that the upcoming version as currently proposed will create more “false epidemics” and the “medicalization of everyday behavior.” These are real concerns and real dangers, not only for individuals but for society as a whole. ***

Related articles:
Binge Eating Disorder and Health at Every Size
Earl Scruggs, “Talk of the Nation,” and Grief