Therapists Must Be Activists When Counseling ADHD-Impacted Couples 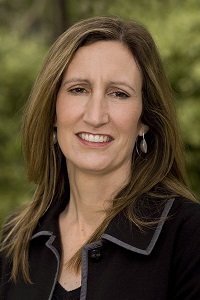 Editor’s note: Melissa Orlov, a marriage consultant who works with couples impacted by attention-deficit hyperactivity, will present a continuing education event for GoodTherapy.org at 9 a.m. PDT on October 11. The presentation, titled Tools to Help Couples Impacted by ADHD Thrive, is available free with 1.5 CE credits for all GoodTherapy.org members. For details, or to register, please click here.

What do you do when a person in couples therapy simply doesn’t do what you ask of him or her, over and over again? This person says he/she wants to participate, but somehow whatever was assigned never seems to get done. The person’s partner gets angrier and angrier, feeling that the inexplicable lack of participation and his or her partner’s consistently inconsistent behavior is a reflection that the partner in question simply doesn’t care.

One answer would be to check for signs that this person has attention-deficit hyperactivity (ADHD). This type of interaction bears the signs of classic untreated (or undertreated) ADHD—an expressed desire to behave differently that is consistently not followed up with reliable action.

As therapists, marriage counselors, and adults become more aware that ADHD can play a significant and destructive role in adult relationships, it is important that professionals learn how to help these struggling couples rebuild their lives. Very broadly speaking, there are specific steps to this work:

The role that therapists and counselors play as they move couples through this process is an activist one. Advising these couples is not just about creating self-awareness, though that is certainly part of it. It is also about pointing them—often leading them—in a new direction.

“Leading” does not mean dictating—rules or ideas that are dictated don’t have the buy-in necessary to work in the long run, particularly with ADHD adults who must expend a great deal of energy to keep themselves organized. If they don’t buy in to an idea, it simply won’t stick. Instead, it means providing couples with a rich array of behavioral options with which they may experiment.

Here’s one example: A male ADHD spouse has difficulty with time management. His wife provides warnings when they need to leave, perhaps telling him that morning, “We need to get out of the house by 6 p.m. to make it to our dinner on time tonight.”  “OK, I’ll be there!” he responds, yet they end up leaving at 6:45 in a flurry of accusations, nagging, and anger. This is a common pattern for this couple, who come to you (their therapist) looking for relief.

As an “activist therapist,” you could approach this problem this way:

1. Discuss the dimensions of the issue with the couple, exploring what might be going on in more detail—not how they feel about the issue (badly!) but why the actions are what they are. How often does this happen? (“Any time we are leaving home!”) Is it always the same amount of tardiness, or does it vary? (“Often about the same, sometimes different.”) Have you tried setting an earlier “fake” time to aim for? (“Yes, it doesn’t work—I’m still late.”) Finally, have the husband describe what he is doing with this time. (“I need to walk the dog, then take a shower and dress before going out.”) These questions help you “diagnose” the problem. Is it that the ADHD spouse is having trouble transitioning away from something of great interest? Is he unaware of time passing? Is he not aware of the duration of the transition routine? Each of these issues suggests a slightly different approach.

2. Suggest specific options for them to experiment with. In this case, these options might include:

a. Collecting more information—better understanding his “transition routine” and how long it takes, keeping a journal or list for a week or two with activities and duration preceding and during the transition out of the house (in this case, it seems to include walking the dog, taking a shower, and changing clothes).

b. Setting a series of reminder alarms that would allow him to transition away from whatever he is doing earlier and remind him of the impending 6 p.m. deadline. People with ADHD often have difficulty transitioning into and out of activities and need significant nudging. Cell phones work well for these alarms, though desktop or kitchen timers can also work.

c. Having his wife leave for the dinner without him, with him following later when he is ready. (This will typically only work if it is not done punitively—she must genuinely be comfortable with arriving separately. The nature of ADHD is that negative consequences often do not, on their own, inspire change.)

d. Changing who is responsible for parts of the leaving routine—in this case, his wife might like to walk the dog. (But if she doesn’t want to do this, then move on to something else!)

e. Providing “safe” ways for the ADHD partner to “push back” when a 6 p.m. time set by a non-ADHD partner simply isn’t realistic. Perhaps they need to discuss how he is doing an hour in advance.

f. Other ideas for ADHD-friendly, specific (action-oriented) habit changes that the two of them create. Often couples come up with great ideas on their own. Listen closely to ideas generated by the ADHD spouse, who is the person who probably has to implement the bulk of the changes.

3. In a later appointment, measure the success of whatever options the couple experimented with. This is an important part of counseling ADHD-impacted couples, as they need long-term strategies that they can turn into habits, but measurement isn’t always strong—at least on the ADHD side of the partnership. The goal isn’t to have the ADHD partner be “non-ADHD” but rather to create reliability in the relationship. Sometimes that means simply creating a cue or space for an ADHD partner to say, “I really can’t do that,” or, “The timing you propose isn’t realistic given what I need to do. What are our other options?” It is far better for a non-ADHD partner to hear this up front than to be “surprised” (or not so surprised, but disappointed) when the ADHD partner doesn’t show up on time.

4. Continue to help the couple develop strategies for overcoming, or getting around, the issue until they discover something that works for both of them.

As a counselor actively suggests options for learning to manage ADHD better in the relationship, he or she is also helping couples understand and cope with their difficult emotions about the troubles they are encountering. But primary focus on the emotional aspect of the couple’s problems to the exclusion, or even diminishment, of the activist role means that the ADHD behaviors will typically change little. It takes solid treatment and a great deal of hard work to change ADHD symptomatic behaviors that have been in place for decades. And if the ADHD behaviors continue unaddressed, the negative emotions and interactions in the relationship will often return.