Confessions of Therapeutic Mistakes: Part I of 10,001 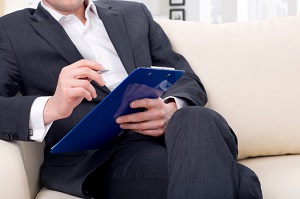 Last night, near the end of my first session with “Jose,” I found him looking up and penetrating me with just the question I had been anticipating: “So, how long do you think this will take before we’re through?” He was entirely sincere, a responsible businessman seeking to seal the deal on a package of goods with some clear estimation of its arrival. I delivered my answer methodically, as though it were said in careful response to a set of blueprints laid out before us: “Let’s give this six to eight weeks and then reassess what, if any, new directions you may want to take.” The answer met his approval and we moved on to other topics.

This morning, I realized that this moment of negotiation has created a virtual third person within our therapeutic relationship—a person who has already gained more of my attention than Jose himself. Like a hopeless philanderer, I find myself mesmerized more by the beauty of this “other” than by the difficult and all-too-human characteristics of the actual man awaiting me next week.

In his book Love’s Executioner, Dr. Irvin Yalom describes a similar struggle with the philandering side of his own work as therapist. The “other” we both refer to is the notion of the cured client. Dr. Yalom describes suffering through months of work with a droning, dependent, and exasperating woman named Marge. One afternoon, Marge unexpectedly begins to channel a new, vitalized version of herself called “Me.” This enthusiastic, self-aware, and humorous voice holds an obviously disassociated relationship with Marge. “Me” has, in fact, nothing but disdain for Marge and is perfectly content to remain as split off from her as possible. Dr. Yalom can’t help but laugh along with the jibes “Me” pokes at Marge, and finds himself wishing to prolong the unexpected warmth and knowledge shared between himself and this new aspect of his client.

With Jose and me, the cured client takes the form in my mind of an empowered divorcee who has gained, thanks to his diligent work with me, a renewed sense of connection with his two adolescent sons. Though he didn’t actually present me with a peek at this idealized self, it takes little effort to imagine him and his two boys sitting side by side in my office delighted in their newfound willingness to communicate openly with one another. Gone is the macho bravado of the previous Jose as he sinks freely into the many layers of loss associated with his broken marriage. It’s a powerful image, strong enough to contrive all sorts of session scenarios that might bring this new character to light.

Returning to Dr. Yalom’s story, we now find him seeing through the intoxicating effect of “Me” and rallying himself to stay true to Marge:

“But fidelity! Fidelity! I had promised myself to Marge. If I consorted with ‘Me,’ it would be catastrophic for Marge; she’d become a bit player, a replaceable character. And that, of course, is precisely what ‘Me’ wanted. ‘Me’ was a Lorelei, beautiful and intriguing, but also lethal—the incarnation of all Marge’s rage and self-hatred.” (Yalom, p. 225)

His rallying cry reminds me that it serves Jose no more to be attached to his ideal self than it would to stay attached to his present symptomatic self. My job is rather to stay present and maintain fidelity to Jose’s most central self. Perhaps this self hopes simply to have a more firm hand with his sons and to find less violent but equally resolved means to keep the influence of his ex-wife at bay. This seems a more realistic picture of the eight-week blueprint of success in the mind of Jose.

There will no doubt be several more idealized visions of the cured client that shall come to tease both Jose and I over the course of our time together. Some of them will be disguised in more moderate outfits—the more relaxed Jose, the more self-aware Jose, the more emotionally fluid Jose—but what hampers each of them will be their universal distaste for Jose as he is.

Goals are crucial to setting a solid frame for therapy. But “goal-oriented” therapy, in its effort to identify and fix unappealing aspects of the personality, may walk a slippery slope into habits of self-hatred. Dr. Yalom describes the precarious task of walking the fine line between the present and the possible:

“At times I thought of our work as cannibalistic. It was as though we had assigned the other Marge to a psychological organ bank. Now and then, when the receptor site was well prepared, we withdrew some part of ‘Me’ for transplantation. … And that other Marge? I wonder what’s left of her now?” (p. 228)

His words convey sadness at the loss of the old that comes with reaching for the new. I am reminded to look a little softer upon Jose and his presenting issues: a man forced by court to contend with his violent reactivity to a marriage grown frighteningly disjointed, his children despairing and confused by the animosity and ambivalence of his parenting, his desire for self-growth matched with an equal desire to maintain an authoritarian stance over the degrading structures of his home. These are issues with a half-life well beyond the time we’ll be sharing together (whether eight weeks or 80). The real question for our treatment plan becomes: Can I build a trusting relationship with this man as he is? It is the relationship, says Dr. Yalom, that is the real therapeutic force.

I now wish to revise that moment of negotiation when Jose and I set the estimated time frame for when our work would be through. My thoughts about his situation and whether it fits within my scope of competence have taken place. I have some blurry images of the resistance and cultural blocks that may lie between us. In general, I’ve gained a sense that I will have as much to learn from him (grounded hunching forward of the shoulders, sweet air of Catholic humility, dignity and machismo of things not said but understood in a glance) as he might learn from me. This is the extent of the blueprint before us. No matter the practical answer I offer to seal the deal, what I really hope to convey is: “Give us a few weeks to understand each other and yes, I believe some real growth is going to take place for us. Just what kind of growth is up to you.”