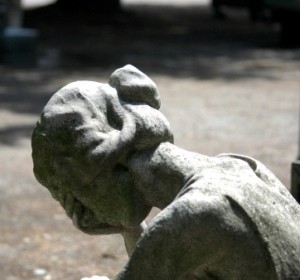 There is a life-threatening condition that causes millions of injuries and 1,300 deaths each year in the United States. Despite living in an age of medical marvels and technological advancements, this condition adversely affects millions of Americans across all sexual, religious, and socioeconomic backgrounds. Members of the LGBTQ community, elderly people, and disabled individuals are significantly affected by it. This condition—with the potential to destroy individuals, friendships, intimate relationships, marriages, and families—is domestic violence.

Domestic abuse is a behavioral epidemic in the U.S. Domestic violence statistics, according to the National Intimate Partner and Sexual Violence Survey (NISVS), indicate that on average 20 American citizens per minute become victims of physical violence at the hands of an intimate partner. According to the U.S. Department of Justice and the Federal Bureau of Investigation, approximately 10.5 million American men and women reported being physically abused by an intimate partner in the past 12 months.

No social group is completely insulated from the damaging influence of domestic violence. Worse yet, the pain and devastation experienced by victims might continue for years, often extending far beyond any immediate physical injury. In support of National Domestic Violence Awareness Month, and in a continuous effort to reduce the number of domestic violence victims, GoodTherapy.org highlights another side of domestic violence that statistics don’t always tell.

At first glance, one might believe that same-gender/gender-variant couples will exhibit less domestic abuse than heterosexual couples. However, statistics show that domestic violence is just as pervasive—and just as lethal—among LGBTQ couples as it is among heterosexual ones.

Domestic abuse victims are often overwhelmed by feelings of shame, guilt, humiliation, and fear, and these emotions can prevent survivors from seeking services or reaching out for help. Victims of spousal abuse have the added burden of considering what effect any revelation might have on their marriage, their long-term financial health, their legal privileges and benefits as a married person, as well as the legal custody of their children. For victims of domestic violence within the LGBTQ community, seeking support can be even more complicated.

Victims within the LGBTQ community often face types of domestic abuse unique to their social group. For example, threats to reveal a partner’s sexual orientation to family members, friends, or an employer might be used to coerce or control an abuse victim. An abuser might also hide or discard a transgender partner’s needed hormones in attempt to control him or her. The National Resource Center on Domestic Violence (NRCDV) explains that these examples are extremely challenging situations in LGBTQ relationships that abuse victims in heterosexual relationships do not have to face.

Domestic Violence among the Elderly and the Disabled

Like domestic violence in LGBTQ relationships, domestic violence also affects disabled and elderly people in specific ways. The American Psychological Association estimates that 4 million older Americans fall victim to elder abuse each year, while the Delaware Coalition Against Domestic Violence (DCADV) reports that disabled women are at greater risk for intimate partner violence than women without disabilities. The National Crime Victimization Survey conducted by the U.S. Department of Justice concluded that disabled people were more than twice as likely to be sexually assaulted or raped as people without a disability.

According to worldwide statistics, one out of every 10 older adults will experience abuse each month. However, only one in 24 of these cases will be reported, so the true number of cases may be higher. Elderly and disabled victims of abuse face several barriers to finding safety and support. Among them are challenges with mobility, manipulation of medication by abusers, fear of losing independence, and the fear of being permanently placed in a health-care institution.

Domestic Violence Is a Major Problem for Both Females and Males

While domestic abuse statistics from the U.S. Department of Justice show that women are much more likely to be victims of IPV than men, it is important to remember that both genders are susceptible to abuse. Reports from the National Coalition against Domestic Violence (NCADV) suggest that as many as 835,000 men are victims of domestic violence each year.

With so many men clearly experiencing violence from an intimate partner, why do so few male victims seek available support services? There are several explanations: the stigma of being a male abuse victim, perceived nonconformity to the “macho” stereotype, fear that reported abuse will not be believed, denial of victim status, and a lack of support from family, friends, and the community. Also, men tend to be more financially independent and less fearful after leaving a violent relationship—thus relatively few men make use of emergency shelters and the services they provide.

Getting the Support You Need

If you are searching online for help, please be aware that it is common for abusers to track their victims’ Internet search histories. You can clear your browsing history in Firefox, Google Chrome, or Internet Explorer by visiting the customization/settings/tools options in the upper-right corner below the red X used to close the browser window.

Therapy is highly recommended for victims of domestic violence, as they often struggle with significant emotional and psychological issues (such as posttraumatic stress, depression, suicidal thoughts, anxiety attacks, etc.) long after leaving the abusive relationship. If you or someone you care about is struggling with the emotional and/or psychological effects of domestic abuse, consider seeking the help of a qualified mental health professional.