The Refugee Crisis: Treating Those Who Have Escaped Conflict 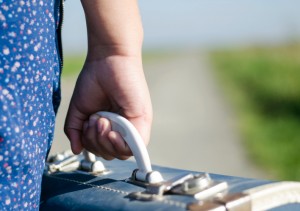 When Lara Kalaf began working with Syrian kids in Beirut-based schools and community centers in 2013, their love for art and the creative process was immediately apparent.

“There would be really tough guys—teens—who would get in front of their sparkly art, and they would want to talk to you about it,” she said. “They really enjoyed expressing themselves through art. It’s a creative process.”

Shortly after her visit, Kalaf, a Montreal-based therapist and PhD candidate in clinical psychology, started a crowdfunding project called Art4lives, which involves a series of art therapy sessions for refugee children in Lebanon. Through the sessions, she hopes to teach children resilience-building activities as a way to cope with the traumas of war.

However, it takes time to show progress with children who may not have a good understanding of their own emotions, Kalaf said.

“It’s not that easy with kids,” she said. “They don’t just start talking right away about their trauma.”

The need for mental health services for a displaced population has never been greater, with the number of refugees from the Syrian Civil War registered in neighboring countries such as Turkey, Jordan, Lebanon, and Iraq totaling more than 4 million, according to the United Nations Refugee Agency. A further 7.6 million are internally displaced within Syria, bringing the total number of Syrians forced to leave their homes to more than 11 million—half the country’s population before the crisis.

The Syrian Civil War began in March 2011 when a series of peaceful protests during the Arab Spring—a widespread series of uprisings in Arab countries to contest repressive regimes—turned violent. After the Syrian government’s violent suppression of the protests, ordinary citizens and army defectors formed rebel coalitions to fight President Bashar al-Assad.

Now, as the civil war in Syria stretches into a fifth year, refugees leaving the country may experience severe war-related trauma, including direct exposure to violence, severed family and social ties, the loss of jobs and money, sexual assault, and isolation.

For many Syrians, leaving the country on foot amid shellings, bombings, and other violence can be a harrowing experience, fraught with peril. They may spend days in a hideout with limited resources before crossing the border safely into a neighboring country. Once there, some stay with friends and family, and others register in refugee camps.

Those entering the Za’atari refugee camp in Jordan—a sprawling city of tents and low, boxy structures near the Syrian border with approximately 80,000 people—have to surrender their documents upon entering to ensure they don’t leave the camp without sponsorship from a Jordanian citizen. This can be one of the many stressful experiences that await Syrians at the camp, said Dr. Masa Al-kurdi, a psychologist who has developed programs to work with refugees in the Middle East.

“The trucks come, and people are fighting over the diapers and food,” Al-kurdi said about the camp. “People are despairing. People are saying, ‘I’d rather die in my own country.’ ”

Refugee camps, in particular, are difficult places to live long-term because of overcrowding, concentrated poverty, and food insecurity, Kalaf said.

“There’s a huge lack of security,” she said. “The only thing keeping you from the weird guy next door is a tent.”

A 2012 cross-sectional study screened 86 asylum seekers in Switzerland for mental health issues. Half of them had been in the country for as many as five months, and the other half arrived 12-26 months prior to the study. Of these groups, 88% had experienced at least one traumatic event in their home country, such as losing a family member, assault, or food/water insecurity. About 23% were diagnosed with posttraumatic stress (PTSD), and 31% were diagnosed with major depression. These diagnoses correlated with the number of traumatic events the asylum seekers had experienced, according to researchers.

More recently, a 2015 report released by the International Medical Corps (IMC)—utilizing data from IMC clinics in Syria, Lebanon, Turkey, and Jordan—indicated that 54% of refugees had been diagnosed with several emotional issues, including depression and anxiety, and another 11% were diagnosed with psychosis.

World Health Organization surveys show 17% of people affected by war have depression, and 15% have PTSD—higher than average numbers when compared with the general population.

“The trucks come, and people are fighting over the diapers and food,” Al-kurdi said about the camp. “People are despairing. People are saying, ‘I’d rather die in my own country.’ ”Though the evidence shows a relationship between trauma and mental health conditions, a number of obstacles may prevent people from obtaining care.

“Mental health care systems in the Middle East were already not very strong, with a limited number of trained mental health professionals,” said Inka Weissbecker, PhD, global mental health and psychosocial advisor for IMC. “So the Syrian crisis has further overwhelmed those systems and has created new challenges.”

Despite the cultural stigmas against obtaining mental health care in Syria, the long-term impact of prolonged grief, insomnia, stress, and anxiety has caused some to reconsider their willingness to buck tradition.

It is customary in Syrian culture to view the mind and body as connected and to use physical pain as a way to explain mental turmoil. Often, medical practitioners will identify mental health symptoms and refer people to a mental health worker.

“People complain of bodily symptoms,” Al-kurdi said. “The Arabic equivalent may be ‘My heart is hurting,’ or ‘My chest feels tight.’ ”

In 2014, the highest number of refugees in history was recorded: 59.5 million people have been forcibly displaced from their homes, according to the UN Refugee Agency’s annual Global Trends Report. This was also the largest single year increase in refugees ever seen, with 51.2 million refugees recorded in 2013, a number that increased by nearly 14% the following year. The Middle East was the largest producer of refugees.

Given the increasing numbers of displaced refugees resulting from the conflict, focus on the mental health needs of this population has grown.

“The Syria crisis is unprecedented in scale with a high number of people displaced—people who are fleeing violence and are often encountering difficulties and hardship in other countries,” Weissbecker said.

Without the necessary resources to provide mental health care to large numbers of people lacking food, water, or shelter, aid organizations often utilize psychological first aid as the first line of treatment for PTSD. Developed by the United States Department of Veterans Affairs, it can be utilized by volunteers and those without mental health training to help people cope in the aftermath of a traumatic event by dealing with their immediate stressors.

Beyond international organizations working on immediate relief, there are efforts being made to develop networks of Arabic-speaking counselors familiar with Syrian culture who can work within refugee communities on treating mental health issues. Given the stigma surrounding mental health care, Syrians may be reluctant to seek treatment if translators or other family members are present.

For example, Al-kurdi has trained small groups of mental health professionals and volunteers in Jordan and Turkey to work with Syrian refugees utilizing the Teaching Recovery Techniques manual, which was developed by the Children and War Foundation and is designed to give children better coping skills after experiencing trauma.

As part of the five-session treatment, children ages 8 and older are presented a dual attention technique similar to Eye Movement Desensitization and Reprocessing—a method by which people are asked to recall a painful memory while simultaneously watching the therapist’s fingers or hand movements, until, gradually, they are asked to recall a pleasant memory—as a way to manage nightmares or flashbacks. Other techniques include relaxation, visualization exercises, and writing/drawing exercises.

Among the children who screen positively for PTSD and anxiety prior to the treatment, a majority of them show improvement after the sessions, Al-kurdi said.

“Children are resilient,” she said. “Even though they were in these bleak circumstances, they are still able to play and laugh like normal.”

Room for Improvement in Treating Refugees

With more strain on limited resources to provide for immediate needs such as food and shelter in displaced persons camps, the fate of mental health care for Syrian refugees remains uncertain. But, as Weissbecker stresses, the importance of creating a supportive environment for a vulnerable population is key.

“Health care providers serving affected populations should also be trained in the identification and management of mental health priority conditions,” she said. “Staff are also needed to function as basic case managers/social workers to ensure the multiple and complex needs of people with mental health problems and their families are addressed,” she said.