The Power of Forgiveness: You Decide When the Harm Ends 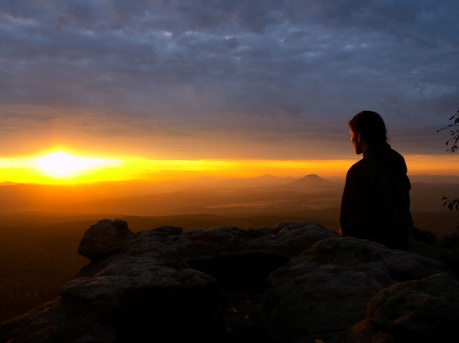 In the largest context, forgiveness has the awesome power to stop the cycles of revenge and violence that drive egregious abuses of power. Dr. Frederic Luskin, author of Forgive for Good, says, “By choosing to forgive, we stand in awe of the horrors that can happen to people in this world, and we decide neither to participate in them nor to repay them. It’s not a matter of whether or not we will have conflict; it’s a matter of what we do with that conflict.”

Forgiveness is often misunderstood. It does not require forgetting or condoning or even reconciling. Luskin, as quoted by Vesela Simic in an article titled “The Challenge of Forgiveness” (Shift: At the Frontiers of Consciousness, Issue 13, pp. 32), defines forgiveness as “the ability to make peace with your own life by no longer arguing and objecting to the way it unfolds. It means that difficult things happen in life, and first you have to grieve them, then accept them, and finally move on. … Forgiveness means that unkindness stops with you. … This is not a one-time response. … It’s about becoming a forgiving person.”

Simic adds, “Forgiveness is a pro-social change in someone’s experience after a transgression. When people choose to forgive, they change.”

Forgiveness is the end point of a process of coming to terms with enormous harm and with the reverberations of that harm. Forgiveness is ultimately liberating and life-restoring. Although it is about a relationship, forgiveness is for yourself. “Instead of letting the person who caused the harm ‘off the hook,’ forgiveness is about taking the hooks of hurt, anger, and helplessness out of our aching hearts so we can grieve and heal and let go of destructive feelings,” as longtime Boulder, Colorado-based psychotherapist Jack Lavino puts it.

Lavino describes several stages of forgiveness that are best worked through with the support of a therapist or other professional. The first is to break the silence and tell the story to someone who is safe. Next is to allow yourself to feel and grieve. Next is to take responsibility for your reactions to pain. And the last stage is to accept the humanity of your abuser.

By forgiving the seemingly unforgiveable, you gain freedom from responses of revenge, further suffering, martyrdom, rage, helplessness, and retraumatizing. The energy that has held the pain and anger is released, and you can move on. The cycle stops.

“Forgiveness is not for sissies,” Lavino writes on his website. “It is the Hero’s Journey.”

For therapists, the ethical consideration in working with forgiveness is in understanding that getting to forgiveness is a long and deep engagement with Self that can’t be pushed or forced. There is a moment when forgiveness feels possible and right. Pushing for it before there has been adequate grieving, expressing of anger, and understanding of the beliefs, habits, and addictions that have resulted from the wound can have the unintended effect of increasing shame and anger and decreasing trust.

A Story about Forgiveness in Therapy

Carla—not her real name—was angry with her father for being so selfish and “crazy” that he expected her from the time she was a small child and her parents divorced to take care of him and make him happy. He frequently threatened to kill himself if she didn’t do something for him. She was upset that as a child she had decided that it was her life purpose to take care of her father.

Sessions cycled through anger and grief. Her insight that in her adult relationships she was either a resentful caretaker or withdrawn and unavailable gave her strong motivation to get out of this endless cycle of hatred. In one session, I asked her to select something in the room to represent her dad. She found a jar and placed it in the room at a distance that felt right. At first, she was so angry that she couldn’t even look at the jar. We acknowledged this reaction and let it be.

The next session, the jar was still there. But now she was ready to look at it. “I am thinking to go and pick it up and hold it,” she said. “But I can’t do that.” There were tears and then a profound realization: “It’s not ME. He’s not me. His life is not mine. It belongs to him.” In that moment, he became a very wounded, separate human being instead of her life’s purpose. She could forgive him and take back her life.