The Ethics of Diagnosing President Trump, and Other News 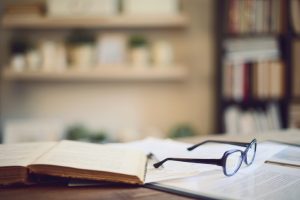 Some mental health professionals have publicly argued that President Donald Trump has a mental health condition. Some armchair diagnosticians have even labeled the president with diagnoses that have little scientific support. Comments on social media often claim Trump is a psychopath or a sociopath, even though these are not mental health conditions listed in the Diagnostic and Statistical Manual of Mental Disorders (DSM-5).

In response to the flurry of diagnoses, the American Psychiatric Association has urged members to stop diagnosing someone they have neither met nor treated. Analysts are increasingly calling for an end to armchair diagnoses of the president. Such diagnoses violate ethical norms in medicine and mental health. They also further stigmatize mental health conditions.

Those who attempt to diagnose Trump usually do so in response to any behavior they may find negative or unpleasant. By making negative behavior synonymous with mental health issues, armchair diagnosticians may shame people who have mental health conditions.

According to a report from the British Royal College of Obstetricians and Gynaecologists, 81% of surveyed women experienced at least one symptom of a mental health condition during pregnancy. Just 7% sought treatment for their symptoms. These percentages suggest there is an urgent need to improve access to maternal mental health care, both during and after pregnancy.

On February 21, an annual pop-up museum, “I am Psyched: Inspiring Histories, Inspiring Lives: Women of Color in Psychology,” began its tour at Howard University. The multimedia museum highlights the contributions of black women to the field of psychology. It is supported by the American Psychological Association, Howard University, and the National Black Employees Association.

On Wednesday, President Donald Trump lifted federal protections for transgender students that granted them access to the bathroom that corresponds with their gender. These protections, which the Obama administration said were in line with nondiscrimination laws, were put into effect last year, but blocked soon after by a nationwide injunction.

B Vitamins May Improve Schizophrenia Symptoms

About 6 million American adults experience panic attacks in any given year. This week, the network TV series This is Us highlighted the issue, sparking a discussion about what the show did and did not get right about panic attacks and anxiety.

Karen Pence, a former teacher with a master’s degree in art education, plans to use her high-profile role as the United States second lady to advocate for art therapy. Art therapy uses various creative media to help participants explore and express their emotions. Children who struggle to verbalize their feelings often like the approach, but adults can benefit from art therapy as well.

How a True-Crime Podcast Became a Mental-Health Support Group

My Favorite Murder, a popular true-crime podcast, may also serve as a support system for those with mental health issues. The show’s 100,000+ Facebook fans often follow the open communication style of the podcast and discuss their own mental health issues with other fans. Some show followers say the show helps ease symptoms of anxiety by offering a community of like-minded supporters and encouraging them to seek help.