The Challenge of Predicting Suicide, and Other News 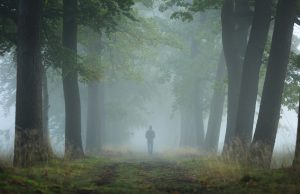 Suicide rates are rising. In 2014, the latest year for which data is available, the suicide rate climbed to a 30-year high. That year, 42,773 people died by suicide. Interventions such as suicide hotlines, suicide awareness campaigns, and crisis mental health programs have not made a significant dent in the suicide rate. According to a new study published in the journal Psychological Bulletin, 50 years of research have not been successful in bringing experts closer to predicting suicide.

The study points to flaws in the methodology of previous research. Studies often looked at only a single risk factor, rather than exploring the complex interplay between numerous risk factors and a person’s environment.

The study’s authors say further research on the combination of multiple risk factors is necessary. They also point to preliminary artificial intelligence research. Algorithms could eventually combine hundreds of risk factors to predict suicide, with early studies pointing to an 80% accuracy rate.

Fear of the Unknown Common to Many Anxiety Disorders

New research points to a common underlying theme of anxiety diagnoses such as social anxiety and phobias: fear of unknown threats. Known as anticipatory anxiety, the fear of an uncertain threat could make a person feel anxious and hypervigilant during an entire day. Threats that are more easily predicted generally produce a fight or flight response, and then the fear dissipates. Understanding this common fear may help researchers better understand and target therapies for anxiety.

People with coronary heart disease who are pessimistic are more likely to die from the disease. While pessimism increased the odds of death, high levels of optimism did not offer extra protection against death. These findings suggest pessimism may damage heart health more than optimism helps it.

Along the Autism Spectrum, a Path Through Campus Life

As students with autism enter college and adjust to life away from home, many find novel ways to manage their social lives. One such student, Crosby Gardner, a Western Kentucky University (WKU) student, has developed a strategy for getting a girlfriend. Gardner plans to sit with four new girls during each meal, allowing him to eventually meet the entire female population at his university. Crosby participates in WKU’s Kelly Autism Program, which offers him scripts for social interactions and social skills training. Schools across the nation have developed similar programs to support students on the autism spectrum.

Four percent of teenagers admit to playing the “choking game,” which uses temporary strangulation to induce feelings of dizziness and euphoria. Teens who play the game alone, a new study suggests, are nearly five times more likely to have thoughts of suicide than teens who play the game in a group. The “choking game” has been linked to fatalities, though the exact numbers are unclear, as many of these deaths are often labeled as undefined suicides or accidents.

For Some Older Chinese-Americans, Caring for Grandkids Can Enhance Well-Being

Caring for grandchildren can induce a combination of many emotions, from frustration to joy. A new study of more than 3,000 Chinese-American grandparents age 60 and older explored the effects of caregiving on the 35% of respondents who were caregivers to grandchildren. Respondents spent an average of 12 hours per week on childcare. Eighty percent said the care they provided was not a burden. People who cared for grandchildren also had better overall mental health.

Most mothers have heard “breast is best,” and that infants should be exclusively breastfed for the first six months of life. Health education campaigns encouraging breastfeeding may have an unintended negative mental health consequence. Mothers who feed their babies formula report feelings of guilt, shame, and defensiveness about their choices. In a study of 601 mothers 68% reported feeling stigmatized, 67% reported feelings of guilt, and 76% felt defensive. Most participants said opinions of other mothers made them feel this way.