Teens Who Self-Harm More Likely to Abuse Substances as Adults 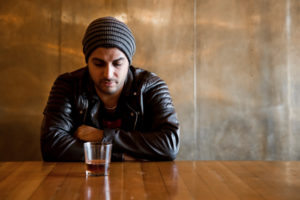 Adults who harmed themselves as adolescents are more likely to abuse substances, according to a study of Australian adults published in the journal The Lancet Child and Adolescent Health.

Estimates of self-harm, which includes behavior such as cutting or burning oneself, vary. Many people who harm themselves may not be willing to admit the self-harm to an interviewer. The study found a self-harm prevalence of 8%. A 2012 study also found a self-harm rate of 8% among 665 third-, sixth-, and ninth-graders.

The Adult Legacy of Adolescent Self-Harm

The study involved a random sample of 1,943 adolescents recruited from 44 schools across Victoria, Australia. The research began in 1992, and ended in 2014.

When participants were 35 years old, researchers assessed them for social disadvantages, such as not earning income, not being in a relationship, being divorced or separated, receiving government welfare, or experiencing financial hardships. They also assessed participants for mental health issues such as anxiety, depression, and substance abuse.

After adjusting for age, sex, social factors, having a mental health condition in adolescence, and other factors that could affect adult outcomes, researchers measured the connection between adolescent self-harm and negative outcomes in adulthood.

People who harmed themselves in adolescence were more likely to become addicted to drugs, tobacco, or alcohol by age 35. They were also significantly more likely to be weekly cannabis users.