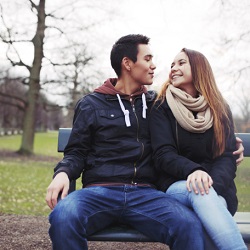 Teen girls and their parents sometimes worry about boys trying to “trick” them into sex by feigning love or affection. Few participants admitted to engaging in this behavior, and the boys didn’t express boastful feelings about sexual conquests or their number of partners. Instead, many of the teens expressed anxiety about their limited knowledge of sex—even though the teens in the study began having sex at an earlier-than-average age for teens.

This study helps confirm similar results from a 2007 study conducted by the State University of New York at Oswego that surveyed 105 economically and racially diverse male students in 10th grade.

Do Teen Boys Reject Monogamy as They Get Older?

Columbia University researchers note that the study conflicts with other research showing that older adolescent males prioritize sex, avoid intimacy, and objectify women. They point to the need for further research to evaluate how and why young teen boys who value intimacy evolve into older teens who prioritize sex. It may be that boys are socially influenced into adopting more typical “masculine” beliefs over the course of their adolescence. For those worried about teen boys’ obsession with sex, though, the study provides strong evidence that boys don’t start out with such an obsession.