Teaching Happiness to Men with HIV May Improve Health 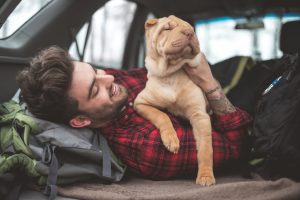 Men recently diagnosed with human immunodeficiency virus (HIV) who learn skills that increase positive thoughts are likely to experience improvements in their health, according to a study published in the Journal of Consulting and Clinical Psychology. Men who received happiness training had lower levels of HIV in the blood, and were less likely to need antidepressants.

The study involved 159 people—primarily men—diagnosed with HIV in the three months prior to the study. Participants were randomly assigned to either receive training in positive thinking to increase happiness or to continue with their usual course of treatment.

The group that underwent happiness training did a variety of exercises, such as recognizing a positive event each day, maintaining a gratitude journal, or engaging in 10 minutes of daily mindfulness and breathing exercises.

Researchers followed up with participants at five, 10, and 15 months following the study. At 15 months, 91% of men who underwent happiness training had a suppressed HIV viral load, compared to 76% of the control group.

At the beginning of the study, 17% of participants were on antidepressants. At the 15-month follow-up, those who underwent happiness training remained at 17% antidepressant usage. However, the control group had an increased need for antidepressants, with 35% using these drugs.

The Connection Between Mental and Physical Health

The study is part of a larger collection of research on positive emotion led by Judith Moskowitz, a professor of medical social sciences at the Osher Center for Integrative Medicine at Northwestern University Feinberg School of Medicine. Moskowitz is also researching the role of positive emotions in people with type 2 diabetes, those caring for people with dementia, and women with metastatic breast cancer. The findings from this study could have far-reaching implications for many types of people in the initial adjustment stage of a chronic illness.