A Teacher for All Time: What I Learned from Muhammad Ali 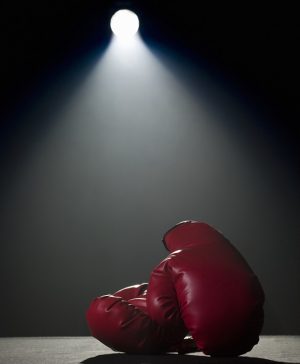 Muhammad Ali started to become famous when I was a teenager. I was one of the crowds of people who had a crush on him. He was a talented boxer, but he was so much more than that. Ali was famous for his funny and wise sayings. My favorite: “The best way to make your dreams come true is to wake up.” Ali was a teacher to many; here’s how he was a teacher to me.

My father liked boxing and talked about it a lot. Boxing didn’t interest me much, but I liked spending time with my father and we watched parts of some of Ali’s most famous bouts on television together. Sometimes Ali looked like he was dancing. He won 29 fights in 6½ years. My father admired his prowess in the ring. I liked his rhymes—“rope-a-dope,” “thrilla in Manila,” “Sonny Liston is great but he’ll fall in eight,” and many more. I adored him because he was handsome and had a great smile. He showed people how you can be serious about your work and have a good time with it, too.

He was smart, an “I am the greatest!” performance artist. Best of all, he was his own man, and he told off anyone he thought deserved it. He told the truth as he saw it, and nobody owned him. That’s how I wanted to be, and with time my understanding of who he was deepened. He went from being someone I was fond of to someone I could learn from. He was honest and courageous and spoke with his own voice, just when I was trying to find a voice of my own. Ali said, “I know where I’m going and I know the truth, and I don’t have to be what you want me to be. I’m free to be what I want.” I took that in and learned from it.

Like many teachers, he taught with his words, but his best lessons were taught by example. In 1964, Ali became a member of the Nation of Islam, and it was then that he changed his name from Cassius Clay to Muhammad Ali. It was his proclamation of independence. Many people were upset by the change and insisted on calling him Cassius Clay anyway, against his wishes. Ali called Cassius Clay was his “slave name”; he was a free man, free to choose his name. Some people, including boxer Ernie Terrell, refused to call him Muhammad Ali; Howard Cosell was one of the relatively few journalists who honored Ali’s wishes.

Ali had the courage of his convictions. On June 20, 1967, he was convicted of draft evasion, sentenced to five years in prison, fined $10,000, and banned from boxing for three years. Losing his boxing license probably cost him millions of dollars at the height of his career, but he said, “Why should they ask me to put on a uniform and go 10,000 miles from home and drop bombs and bullets on brown people in Vietnam while so-called Negro people in Louisville are treated like dogs and denied simple human rights?” That sounded logical and true to me. He stood up for what he thought was right, no matter what. That’s how I wanted to live, too.

He was smart, an “I am the greatest!” performance artist. Best of all, he was his own man, and he told off anyone he thought deserved it. He told the truth as he saw it, and nobody owned him. That’s how I wanted to be, and with time my understanding of who he was deepened.

Since Ali wasn’t allowed to box, he needed to find another way to earn his living, and so he began speaking at colleges. Like many people who try on a new career, he was terrible at it in the beginning, but he kept at it and got really good at it. He said this about boxing, but it applies to his life outside the ring, too: “Don’t quit. Suffer now and live the rest of your life as a champion.” That gave me courage to go through some hard times of my own.

After three years, he was allowed to go back to boxing. Ali won back his WBA title from Terrell, who still insisted on calling him Cassius Clay. If you watch videos of the fight, you can hear Ali taunting Terrell, shouting, “What’s my name?”

Ali was diagnosed with Parkinson’s in 1984. I knew about this horrible and incurable disease firsthand—my father-in-law and a colleague both suffered and died from it. I could not believe at first that Muhammad Ali, so strong and graceful, was similarly afflicted.

He dropped from sight, but returned in 1996 to light the Olympic torch. His body was a shell of what it once was, he trembled, and his face bore the tragic, expressionless Parkinson’s mask. He was physically reduced, but his physical diminution only illuminated the generosity of his soul. He was wobbly, physically weak, and spiritually heroic. As always, Ali was proud of who he was.

Ali died June 3, 2016, at age 74, surrounded by family. Thousands lined up a week later to pay their respects, and millions more mourned from afar. Said his daughter Laila Ali, “He was a fighter inside and outside the ring, who stood up for people.”

He was an honorable man, a teacher and leader who worked hard to make his own dreams, and other people’s, become reality. Muhammad Ali was simply the greatest.