Talk Therapy Can Change Connectivity in the Brain Long-Term 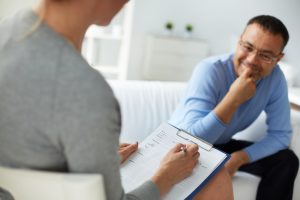 Cognitive behavioral therapy (CBT) can produce long-term changes in brain connections, according to a study published in the journal Translational Psychiatry. The study is a follow-up to an initial trial that assessed preliminary psychotherapy-induced brain changes.

Studying Therapy’s Effect on the Brain

The study assessed the role of cognitive behavioral therapy for psychosis (CBTp) in changing behavior and brain connectivity. In an earlier study, researchers used CBTp with 22 participants. Each of the participants also took antipsychotic medications. Before and after six months of therapy, investigators administered functional magnetic resonance imaging (fMRI) scans while participants looked at images of faces expressing various emotions.

The team compared this group’s brain scans to a group receiving only medication. Both groups had reductions in symptoms, according to self-reports and clinician assessments. The group that underwent CBTp also saw increases in brain connectivity in the amygdala, a brain region associated with emotion. Brain regions associated with processing threatening stimuli also showed connectivity changes. People with psychosis often hold false threatening beliefs about people or objects attempting to harm them.

Most studies of therapy-related brain changes have been small, but when taken together, they point to the power of therapy to produce behavior-altering brain changes.