When It Comes to Sex, Is There Safety in Numbers? 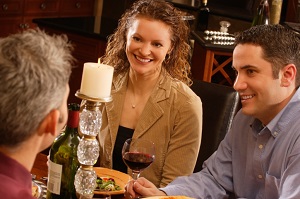 I’ve written about polyamory, a fluid state of friendship and sexual intimacy that sometimes becomes extremely complicated and can be very painful. There are several other ways in which people have “sex in numbers,” however.

When I was first licensed in the early 1980s, “wife swapping” was the term most often heard to describe anything extramarital that people wouldn’t talk about in confessional. But that term suggests a couple of men swapping spouses like they swapped baseball cards when they were kids. I soon learned as a marriage therapist that this scenario was seldom accurate. It was usually the women who were in charge of arrangements when adventures of this sort were being planned, not the guys!

“Swinging” is when an established couple gets together with a larger group for coital fun and games. The variations are endless, from two couples having sex in tandem, to sex in large rooms, to established conferences in hotels (like San Francisco’s Exotic Erotic Ball), where anything goes. As one client told me, “We’re great friends with some of the folks we swing with, but it’s the recreational aspects that really keep us coming back for more.” This comment, by the way, was many years ago. The term more frequently heard today is “lifestyle,” which can encompass many varieties of so-called kink that involve more than two participants. (“So, Marty, are you and Monica in the lifestyle?”)

“Open marriage” is when a primary couple agrees that each member can have sex with a person other than his or her spouse. As we move into this century, I’m seeing an increasing number of premarital couples who agree to this option before the wedding, although most probably don’t announce it to aunts and uncles who fly out for the ceremony! Sometimes these couples later return to my office with difficulties regarding open marriage as they attempt to reconcile mating in domesticity with wilder adventures they may have enjoyed before they tied the knot.

I’ve concluded over the years that sex in numbers can be a great idea for some couples and a disaster for others. I’ve also abandoned my early notion that these types of adventures were for liberals, while devout monogamy was for conservatives. In my neck of the woods, a high number of swingers (yes, some folks still use that term) are staunch Tea Party bastions, with political views that swing surprisingly far to the right. And a high number are in high-risk professions such as law enforcement, corrections, and military. Go figure!