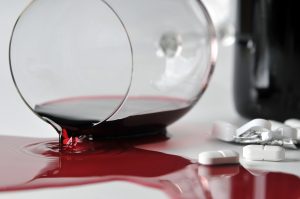 United States Surgeon General Vivek Murthy has released the first comprehensive report on addiction in America. In 1964, the surgeon general at the time released a report on the perils of tobacco use that spurred a national fight against smoking. Murthy hopes the new report will have a similar effect for substance abuse, especially in light of the rising rates of opioid abuse and overdose.

According to the report, 27 million people abused prescription or illicit drugs in 2015. Binge drinking was even more prevalent, with more than 66 million Americans reporting binge drinking in the past month.

The report provides a comprehensive overview of addiction in America, treatment rates, barriers to treatment, and risk factors for addiction. Some key points from the report include:

The report provides evidence showing addiction is a chronic neurological condition, not a failure of morality or willpower. Relapse is common, but treatment can reduce relapse rates and help people who relapse achieve sobriety again.

Opioids are a leading cause of addiction, and deaths due to prescription and illicit opioid use reached a record high in 2014. Children are not immune to the epidemic. Some even gain access to drugs and medications through their parents’ medicine cabinets. From 1997-2012, opioid-related hospitalizations of children more than doubled.

Schools across the nation are fighting back with a specialized program designed to prevent abuse of opioids. The program, which was developed at Cornell University, targets children as early as fourth grade. As part of the program, pharmacists educate students about the risk of prescription drugs, which some students may mistakenly believe are safer than illegal drugs.

The surgeon general’s report highlights stigma as one of the main reasons people with an addiction do not seek help. Murthy calls on physicians and the general population to change the way they think about addiction, as this may be an effective way to make people more comfortable asking for help.

The Political Battle Over Addiction Treatment

Eliminating or rolling back the Affordable Care Act (ACA) has been a centerpiece of Republican policy goals since the law went into effect. A Republican administration would have the support of Congress to gut the law. This could further reduce access to treatment, because the ACA mandates insurance coverage for mental health and substance abuse conditions. Prior to the law, many insurers did not provide such coverage.